Learning How to Stand Up for Yourself


Here’s the scenario: I tell a joke, and everyone gets it. It lands like a dream, and the crowd laughs. Then I follow the joke with some self-deprecating quip: “He said, like a dickhead,” I add on with a nervous laugh.

Why do I do that? If someone else said that, I’d want to pull them aside and spank them. Is this low self-esteem talking or a desire to appear authentic?

I am my greatest critic. While everyone else in the room is simply enjoying my quip, I’m preemptively seeking critical affirmation. While I’m not a judgmental person, I feel certain I’m being judged — or should be.

I love the individuals who can seemingly push aside their insecurities and boldly wave their flag despite any discomfort. After a joke of theirs backfires, the room may go silent as everyone looks sideways, but I watch in admiration. I see the awkward and weird ones covered head-to-toe in the soot of their own hubris, and I instinctively want to wrap them up and protect them. They are a younger version of myself, bold and vulnerable, learning the hard way when they’ve crossed that invisible line.

So, why can’t I give myself the same compassion?

My self-deprecating humor is most likely a defense mechanism. I pre-empt the worst criticism anyone could give me by saying it first. That way, no one can harm me with their comments. Plus, it destroys their delivery and reveals their true self (they just look mean). I’m also subliminally suggesting something to everyone and inadvertently granting my permission for them to criticize me.

[Self-Test: Could I Have ADHD?]

Self-Deprecation Vs. Standing Up for Yourself

Self-deprecation is a hard habit to break. The more I admonish myself, the more people will think critically of me before getting to know me. Learning when not to apologize is an art form too. There’s a fine line between ego, assertiveness (the confidence sweet spot), and submission.

When I was 17, I punched someone in my class at a party. The kid had called me names all year, and earlier in the night tried to lock me in a shed. Now, I’m not violent. I don’t believe that people are inherently evil, nor did I want to cause drama. But he was relentlessly trying to humiliate me, though I’d already told him to back off.

I ignored him. Two minutes later, he threw a tape roll at my back while I spoke to some girls he’d never be able to approach.

I stood up so quickly that the chair beneath me seemingly flew away. (I didn’t know my own strength nor how angry I really was.) I went straight up to him, cleared four of his friends in the process, and caught him on the cheek. (It’s a shame; I was aiming for his nose.)

[Dear ADDitude: How Can I Get My Son to Stop Hitting?]

It was the first time I stood up for myself by throwing a punch at someone. I never felt so good in my life – it was amazing!

Before, I was always too scared of the repercussions of hitting someone to act. But that day, I felt godly, shaking with adrenaline. My muscles seethed with power and rage, yet I felt no fear of repercussions because I knew I was in the right.

Sure, I was embarrassed for causing a scene at the party, but no one said or did anything. The kid’s friends were suddenly a little scared and formed newfound respect for my boundaries.

After I calmed down and apologized to the host, I went over to the kid, and we shook hands. (Note: When you stand up for yourself, bullies stop messing with you.)

While I’m not promoting punching the next person who disagrees with you, I can attest that standing up for yourself after taking crap for a long time is the most fantastic feeling, especially when you have ADHD. At that moment, I realized that the harshest repercussions sometimes flow from our inaction — when we don’t stand up to those who deserve it.

Once I showed that there is a line not to be crossed and demonstrated that there are real consequences to bullying me, people stopped. The name-calling stopped, the power was in my hands, and I no longer had a problem.

That same kid cowered when I walked past him in those same school hallways he used to taunt me in. Though it was deeply out of character and quite scary, I’m proud that I did it.

Stop Self-Deprecation & Stand Up For Yourself: Next Steps

Everyone needs a feeling of... 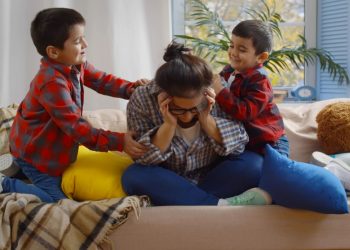 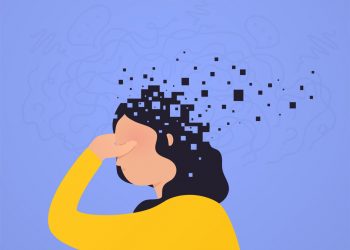 Almost immediately after the U.S....