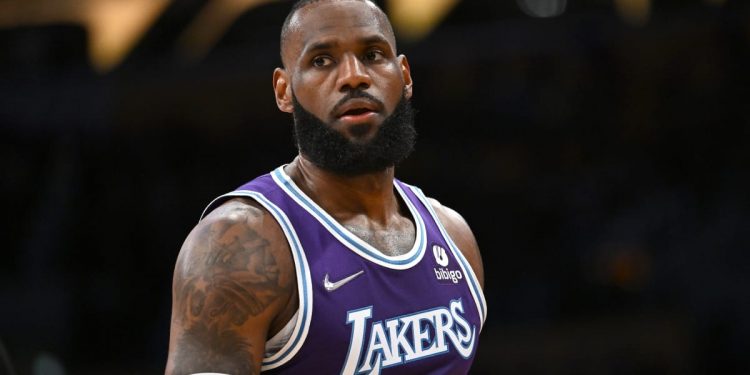 After making a series of puzzling comments prior to the NBA trade deadline and during All-Star Weekend, LeBron James did his best to set the record straight about his future with the Lakers on Friday night.

Perhaps most importantly, the 19-year veteran made clear that he wants to end his career in Los Angeles, if possible.

James, who is under contract for one more season and will become a free agent in 2023, sent shockwaves around the NBA during last weekend’s All-Star festivities, when he told The Athletic that he wanted to spend his final year in the league playing with his eldest son, Bronny. He went as far as to say that whatever team drafted Bronny, who is currently a high school junior and not draft-eligible until 2024, could be acquiring him as well.

Although playing with his son remains a future priority, James explained that is doesn’t affect his desire to play for the Lakers.

”I also have a goal that, if it’s possible—I don’t even know if it’s possible—that if I can play with my son, I would love to do that,” James said Friday. ”Is that, like, something that any man shouldn’t want that in life? That’s like the coolest thing that could possibly happen. That doesn’t mean I don’t want to be with this franchise.”

Apart from wanting to play with his son, James has made comments of late that have led many to wonder if there’s a growing rift between him and the Lakers front office. He was seemingly frustrated when Los Angeles stood pat at the trade deadline and then proceeded to praise Thunder general manager Sam Presti during All-Star weekend in what some interpreted as a shot at Lakers GM Rob Pelinka.

Despite his recent remarks, James said Friday that he remains “very confident” in the team’s brain trust and that the Lakers have given him the opportunity to compete for championships during this latter stage of his career.

“They’ve done it. They’ve shown me that,” James said. “Ever since I got here, the front office of Jeanie [Buss], Linda [Rambis], Kurt [Rambis], everybody has welcomed me with open arms and has given me an opportunity to play for a historical franchise and welcomed my family in. And I just try to give back my part of the game and inspire kids and inspire people that want to follow the Lakers and put them back at a level that they’re accustomed to being. And that’s always been my focus.”

Earlier on Friday, ESPN’s Adrian Wojnarowski reported that Klutch Sports CEO Rich Paul met with Lakers owner Jeanie Buss and Pelinka on Tuesday to silence the rumors that James was plotting a return to the Cavaliers and dispel any of the lingering whispers that the 37-year-old superstar or his agency was having any issues with the organization after his public comments during All-Star weekend.

When asked about the meeting after Friday’s game, James said, ”I think it’s important that it always stays transparent between us and we don’t really care about the outside noise. I mean, I think a lot of people are, to be honest, just jealous of the relationship that Rich has with the front office and with this team and with the relationship that I have, that I’ve grown over the last four years. I mean, that’s what I think it boils down to.”

Despite another strong season for James, the Lakers fell to 27–32 with Friday night’s loss and currently sit ninth in the Western Conference. 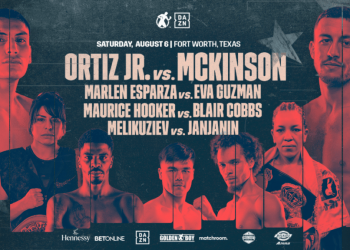 Back in March, emerging welterweight...