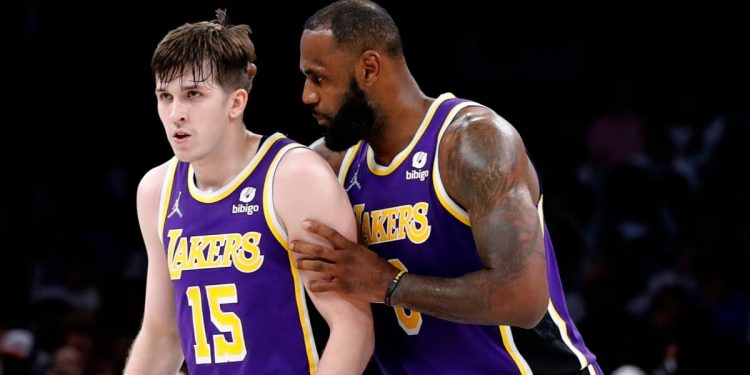 LeBron James has long been accused of popularizing the “super team” trend in the NBA over the last decade. Regardless of how justified that label is, on Wednesday, the Lakers star channeled his inner Avenger to offer comment on his most recent viral moment.

During his team’s 106-96 win over the Nets on Tuesday, the TV broadcast caught James offering some guidance to his rookie teammate, Austin Reaves. Whatever James told the youngster, it didn’t appear to quite get through.

That look on Reaves’s face is one that most of us can probably empathize with whenever whenever we’re told directions in a city we’ve never been to, or the first time somebody tried to explain to you the plot of Tenet. On Wednesday, James offered an “explanation” of what he told Reaves with a quote from the one and only Tony Stark.

To continue with the metaphor, this makes Reaves the Lakers’ Peter Parker. So how does the rest of the roster fill out? Is Anthony Davis Thor? Carmelo Anthony as Captain America? And who can claim to replicate Hawkeye’s precise shooting eye?

Maybe James and Co. can assign more roles as the season goes on, but one thing is for certain: whatever he told Reaves in that clip, he’d be wise to go over it again at least a couple more times.

Australian Open tennis on ESPN Plus: what can I watch and how much does it cost?

Australian Open tennis on ESPN Plus: what can I watch and how much does it cost?