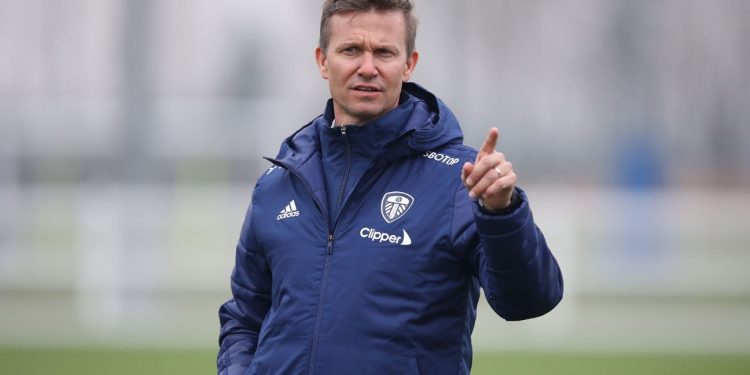 
Newly appointed Leeds United boss Jesse Marsch has said he believes there is a stigma against American coaches in European football, adding that the hit television series “Ted Lasso” has not helped.

Marsch, 48, of the United States, was appointed at Elland Road on Monday, signing a contract until June 2025, as a replacement for Marcelo Bielsa, who was sacked on Sunday following a downturn in results.

Speaking at his first news conference as Leeds manager, Marsch said he felt there was a stigma against American coaches due to the different culture of the sport in Europe.

“I think there’s probably a stigma. I’m not sure ‘Ted Lasso’ helped. I haven’t watched the show, but I get it,” Marsch said.

“People hate hearing the word soccer — I’ve used the word football since I was a professional football player. More and more in the States we’re adapting to what the game here is, and our connection to what this league is and what the sport is in this country.”

Marsch previously enjoyed a coaching spell at FC Salzburg, where he won two Austrian Bundesliga titles, followed by a four-month stint at RB Leipzig, where he was sacked in December.

“I can understand that they don’t think we [American coaches] have the experiences that can be created here in Europe. Frankly they’re right,” he added.

“All I can say is the only way I know how to do things is to go all-in and to give everything I have, to believe in who I am, to believe in the people that I work with and try to maximize what we are every day. And I find that if you do that then you can be incredibly surprised with the human spirit and what you can achieve.”

Marsch then joked: “So, that sounds like Ted Lasso, from what I’ve heard.”

He began his coaching career as an assistant coach with the United States men’s national team. He then became manager at Montreal Impact and New York Red Bulls before moving to Salzburg.

Marsch also paid tribute to his predecessor Bielsa, but added that to be successful at Leeds he must put his own stamp on the team.

“It’s important being secure with the fact that predecessors did a lot of things well — understanding the things he [Bielsa] did well and staying true to some of those things, but also that I don’t have to be Marcelo Bielsa. I have to be me. I am different and I am my own person.”

Leeds face Leicester City in the Premier League on Saturday in the first match of Marsch’s tenure. The club are in a relegation battle as they sit just two points above 18th-placed Burnley.

Bielsa had been beset by injuries to key players in recent months, although Marsch confirmed on Thursday that striker Patrick Bamford, who was the side’s top scorer last season, is close to returning from an ankle injury.

The coach also said midfielder Kalvin Phillips and defender Liam Cooper will not return from injury for Saturday’s Premier League clash, but are making good progress.