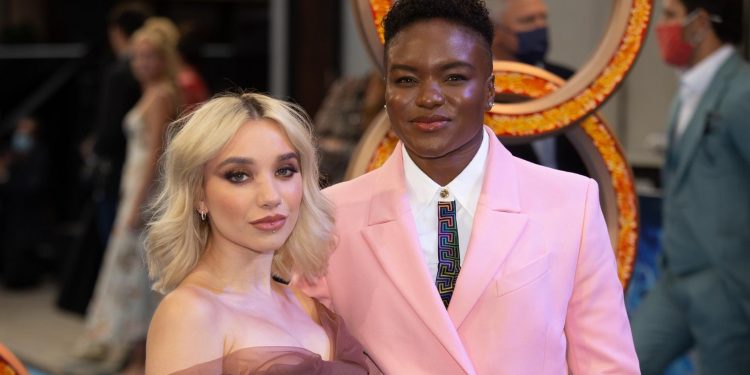 The Olympian announced she is expecting a baby with her girlfriend last year. Photo: PA

“It feels really good to finally have a baby on the way. All the ups and downs were worth it in the end.”

Model and influencer Baig suffered a miscarriage after the couple’s first round of IVF treatment as she unknowingly had an underactive thyroid which can “dramatically impact” a healthy pregnancy, the couple previously announced.

“From about 17 weeks I was feeling kicks and whenever we went for a scan, I didn’t even know what it was doing, perhaps backflips.

“I can actually see it moving in my stomach right now.

“I hope our story gives hope to other couples who might be in our position.”

The gender reveal involved a blue and pink paint splattered canvas before the couple peeled back vinyl letters to uncover the words, “It’s a boy!”

Explaining her gender reveal idea, Baig added: “”Being part of the LGBTQ community, I am aware of the issues surrounding gender reveals, as they often reinforce gender stereotypes.

“I thought this was a good opportunity to bring awareness to the difference between sex and gender and make it less stereotypical.

“We started off with the pink and blue, then got rid of it.”