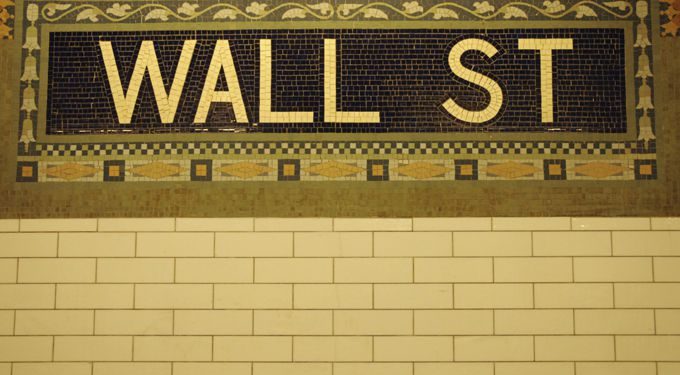 
From George Soros and Warren Buffett to Ray Dalio and Carl Icahn, there’s a noticeable pattern among the world’s wealthiest and best-known investors: They’re almost exclusively White men. But not entirely. In addition to some legendary Black investors, there are a number of Asian Americans whose savvy and risk-taking have resulted in particularly impressive returns. Here are some of their biggest success stories.

In the world of value investing, few names loom as large as that of Mohnish Pabrai. After growing a successful IT consulting firm in the 1990s and then selling it, the Mumbai-born entrepreneur used the proceeds to create Pabrai Investment Funds.

Pabrai is unabashed in using Buffett’s strategy—buying undervalued companies and waiting for the market to catch up—as his modus operandi. A key component is finding businesses whose upsides significantly outweigh their risk—what he calls: “Heads I win, tails I don’t lose much.”

He’s also written two popular books on the art of value investing: The Dhanho Investor and Mosaic: Perspectives on Investing.

Shriram has made a name in Silicon Valley as a skilled businessman, notably serving as the Vice President of Business Development at Amazon from 1998 until 2000. But he’s also a shrewd investor, betting early on Google’s success and later selling most of his shares for a huge payday (he still sits on the board of its parent company, Alphabet).

Shriram, who was born in Chennai, India and received a Bachelors in Commerce from the University of Madras in 1977, founded Sherpalo Ventures in 2000.The venture capital firm identifies promising young startups and lends its corporate experience to help them grow into thriving businesses. Forbes pegs Shriram’s net worth at $2.7 billion, as of 2022.

Success didn’t come easily to Vinod Khosla, who was born in Pune, India in 1955. As a young man, Khosla launched a soy milk company that ultimately sputtered. This failure led him to the United States, where he earned master’s degrees in both biomedical engineering and business administration.

Khosla went on to found several successful tech firms, including the computer-aided design firm Daisy Systems, Sun Microsystems, and Juniper Networks. In 2004, he founded Khosla Ventures, an investment firm that focuses on social impact as much as it does profitability. That’s proved to be a winning formula, seeing as Khosla now enjoys an estimated net worth of $7.4 billion in 2022.

In 2010, the former mathematics graduate student helped found Sequoia Capital, which seeks out young companies with the potential to disrupt their respective industries. It’s not surprising, then, that the firm has backed contrarian businesses such as Airbnb, Houzz, and DoorDash, as well as dozens of other lucrative brands.

Influenced by investing gurus Benjamin Graham and Warren Buffett, Chinese-born Li Lu has employed the principles of value investing to accumulate his substantial personal wealth. Li, who as a young man helped organize the landmark student protests at Tiananmen Square, founded Seattle-based Himalaya Capital in 1997. He has managed the fund, which focuses on publicly traded companies in Asia, ever since.

Himalaya homes in on well-run companies with a significant “economic moat,” or sustainable competitive advantage over the competition. Like Buffett, Li has demonstrated an eye for long-term investments, with several of its holdings lasting 20 years or longer. It’s perhaps not surprising, then, that Li, a close friend of Berkshire Hathaway vice chairman Charlie Munger, has frequently been cited as a potential successor to Buffett at the legendary firm. Greg Abel recently got the job, but who knows, down the road.

In the world of fixed-income investing, few financiers have as prodigious a record as Sonal Desai does. As the chief investment officer at Franklin Templeton, she leads several teams, including those that manage municipal, corporate, and money market debt.

But it wasn’t a straight path to investment management. With a Ph.D. in economics, she worked for over six years at the International Monetary Fund prior to joining Templeton. And before that, she served as an associate professor at the University of Pittsburgh.

“My work in academia taught me how to research and understand a variety of issues, how to apply analytics in a targeted and effective way, and how to clearly communicate ideas,” she told one of the firm’s websites, Beyond Bulls & Bears.

Now retired, the Shanghai native has used his considerable wealth to support various arts and cultural projects, including the Tang Center for Early China at Columbia University and Princeton University’s P.Y. and the Kinmay W. Tang Center for East Asian Art. He and his wife, Agnes Hsu-Tang, also provided important financial backing for the New York Historical Society’s “Chinese American: Exclusion/Inclusion” exhibition in 2014.

If Mohnish Pabrai and Li Lu proved that fortunes could be made by taking long-term positions on high-quality stocks, the late Gerald Tsai showed that moving in and out of trades skillfully could be equally rewarding. A pioneer of “momentum investing,” which seeks to profit from the continuation of present market trends, Tsai started Fidelity’s first aggressive growth fund in 1959. In just six years, he took the fund from $12.3 million in assets to $340 million.

“So swift and nimble in getting into and out of specific stocks that his relations with them, far from resembling a marriage or even a companionate marriage, were more often like that of a roué with a chorus line,” author John Brooks said of Tsai in his book The Go-Go Years: The Drama and Crashing Finale of Wall Street’s Bullish 60s.

After his tenure at Fidelity, the Shanghai-born financier founded the Manhattan Fund, which amassed an unprecedented $247 million in capital. In 1987, he assumed leadership of financial services giant Primerica, becoming the first Chinese American to lead a member of the Dow Jones industrials. He died in 2008 at age 79.

Asian Americans have made an enormous mark on the world of high finance. From the buy-and-hold methodology of Li Lu to the agile market timing of Oscar Tang, it’s a diverse group that shows that many different styles of investing can lead to exceptional results.