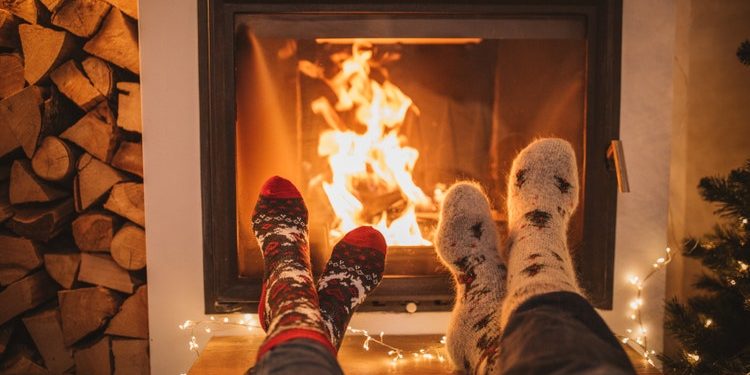 The origins of Leggett & Platt (LEG) date back to 1883. Over the course of almost 140 years, the company has evolved from a small manufacturer of bedsprings to a diversified manufacturer of engineered components that are found in homes and commercial environments (beddings, floorings, home and work furniture), automobiles and to a very small extent also in the aerospace sector. The emphasis lies on consumer durables (60% of 2021 net sales) and to a lesser extent on automotive (20%) and commercial/industrial products (20%). The company’s products are predominantly manufactured in the U.S. (67%) but also in Europe (10%), China (10%) and Canada (6%).

To those interested in Leggett, I strongly recommend reviewing its most recent company presentation, as management goes to great lengths to describe the particularities of its business on a recurring basis. It is also very telling to listen to an earnings release from Leggett, which gives a strong impression of the openness and sincerity of the management team.

As a previous owner of Leggett & Platt, I have increasingly got the feeling of missing out on a great long-term opportunity. LEG’s strong market position, which currently goes largely unnoticed by Mr. Market, has caused me to rethink my stance on the company, which was increasingly bearish in late 2020 and early 2021, as I hypothesized that Leggett & Platt would face ongoing difficulties with respect to its commercial bedding and furniture business (i.e., hotels and offices). At that time, the broad market viewed LEG in a much different light, in my opinion grossly overvaluing the shares at almost $60 in May 2021.

The stock has now completed its round trip and is trying to find a bottom in the $30 area. Investors have become increasingly uncertain about LEG’s pricing power and potential long-term effects from labor shortages, input cost inflation, and supply chain bottlenecks. While the market seems to be bearish on LEG today, I would argue that the company is a much less risky bet today than it was in late 2019 and in early 2021.

How the Company navigated fiscal 2021

Confronted with labor shortages, increased input costs and supply chain disruptions, LEG was still able to deliver a very solid fiscal 2021, which is a clear reflection of the company’s resilience, management’s capabilities, and corporate culture.

The company published its Q4 2021 and full year earnings on February 8, 2022 and reported full year sales growth of 19%. On the basis of a two-year compound annual growth rate ((CAGR)), sales still increased by 3.3% which I consider very respectable, taking into consideration the company’s exposure to the leisure and the automotive industry. Most of the increase in sales is attributable to pricing while volume increased by only 4%, largely due to the ongoing recovery from the pandemic. Clearly, LEG is able to pass on most of the increase in input costs to its customer, however, gross margin still declined slightly since 2019, from 22.1% to 20.5% (see below). For fiscal 2022, the company expects sales to increase 4% to 10%, also largely as a consequence of pricing.

Leggett & Platt’s stable gross margin demonstrates its pricing power and is largely attributable to its strong customer relationships and the fact that the company is primarily engaged in B2B transactions. Especially in comparison to other companies such as Clorox (CLX), which has recently reported a double digit decline in gross margin, I find LEG’s performance exceptional. I certainly prefer a company that is able to mitigate gross margin pressure through quickly implemented price increases to one that must first reduce operating costs.

Put differently, Leggett & Platt finds itself in a rather comfortable (upstream) position of being able to stabilize earnings through price increases and operational streamlining at the same time, while companies like Clorox have to be more careful with price increases and implement them in coordination with competitors.

LEG’s operating income increased by 49% and 8% on the basis of one- and two-year CAGRs, respectively. Its GAAP operating margin increased slightly, from 10.8% in 2019 to 11.7% in 2021. Adjusting for the gain on the sale of real estate ($28 million) yields an operating margin of 11.2%. Going forward, the company expects a slight decline in operating margin but still well above 10%. In my opinion, the company continues to navigate the headwinds very well and it should also be noted that its operating margin is probably still impaired to a small extent by the acquisition of Elite Comfort Solutions (ECS) in 2019, which arguably was a significant one for LEG ($1.25 billion).

In the long run, management expects operating margin to stabilize at a level of 11.5% to 12.5%. Near-term opportunities include the ongoing reduction of fixed costs, maintaining pricing discipline and the gradual increase of volume across all business units as supply chain constraints improve.

Striking a less optimistic tone, LEG’s operating cash flow was down considerably in 2021 to $271 million, a YoY decline of over 50%. This is mainly attributed to significant additions to working capital (i.e., $338 million) in order to replenish the company’s inventories. This anomaly is expected to revert in 2022, where management expects cash from operations of $600 million (Q&A session, earnings call transcript).

Capital expenditures will increase from the reduced spending in 2020 ($66 million) and 2021 ($107 million) back to approximately $150 million. For fiscal 2022, LEG’s free cash flow (FCF) is thus expected to come in at roughly $450 million, which translates to a forward FCF margin of 8.3%, which is higher than the historical average 7.4% normalized FCF margin (see below). In this context, I smoothed working capital movements and accounted for capital expenditures, recurring inventory write-downs, impairment charges, and stock-based compensation expenses.

The company’s solid long-term performance is also reflected in the robust – for an industrial company – return on invested capital (ROIC) of typically > 13%. During the pandemic and likely due to the integration of ECS, the company’s ROIC fell to 8% in 2020 but has recovered to 11% in 2021. Going forward, I expect Leggett’s ROIC to mean-revert, largely as a consequence of the company’s now vertical integration in the bedding sector, the ongoing recovery from the pandemic and management’s efforts related to digitalization (as pointed out in the Q4 2021 earnings call).

A Quick Review of the Company’s Balance Sheet

Primarily due to the acquisition of ECS, Leggett’s net debt to EBITDA increased substantially in fiscal 2019. In terms of normalized FCF, the company’s leverage ratio is naturally higher:

While the company’s leverage ratio appears scary at first sight, I want to emphasize that LEG is renowned for its disciplined management team, the well-executed acquisitions and its robust profitability. Also, it should not be forgotten that LEG has just come through two very challenging years and was still able to increase its (well-covered) dividend for the 50th time, earning the company the title of a dividend king.

Leggett’s interest coverage ratio in terms of normalized FCF has been improving since the acquisition of ECS and is now at a level that I deem acceptable for a cyclical business. Considering that 50% of Leggett’s long-term debt matures in 2025 or beyond and that the company just issued $500 million 30-year 3.5% notes, I do not expect its earnings power to be significantly affected by a rising interest rate environment. The comparatively strong position of Leggett & Platt is also reflected in S&P’s recent credit rating upgrade from BBB- to BBB.

An important part of my investment thesis is management’s commitment to creating shareholder value. The ability to pay a steadily increasing dividend is one of the main objectives, besides sustainably growing the business, the funding of strategic acquisition and share repurchases with potentially remaining cash. This implies that the company is confident with its current leverage ratio. Nevertheless, as a conservative investor, I am a proponent of using excess cash for deleveraging rather than share buybacks.

As already mentioned, the company has become a dividend king after the latest increase of its quarterly dividend from $0.40 to $0.42, currently translating to a dividend yield of almost 4.4%. Leggett & Platt’s recent 5% increase compares favorably to the long-term dividend growth rate of 4.5% per year on average. The slow-down over the last three years is attributable to the omitted increase in fiscal 2020, a very comprehensible step in my opinion. The dividend payout ratio in terms of normalized FCF is very acceptable, also in a historical context:

Management expects to pay out $230 million in 2022 and the number of fully diluted shares outstanding should remain at 137 million (p. 3 FY 2021 earnings release). Considering that Leggett’s annual dividend increase is reflected in the third payment of the year, the expected payout for 2022 includes two quarterly dividends of $0.42 and another two – possibly increased – dividends. Dividing the expected payout through the number of shares suggests that the dividend will not be increased in 2022.

In conclusion, the final amount of Leggett’s 2022 dividend cannot be ascertained, but I fully expect that the company maintains its status as a dividend king. A dividend growth rate of 3% per year appears to be a realistic long-term expectation.

At a P/E ratio of 13 and a P/S ratio of 1.0, LEG is certainly not expensive – also not from a historical point of view. Its current FCF yield of almost 9% indicates undervaluation as well but these metrics should not be overemphasized due to the company’s material indebtedness. However, also from an enterprise value perspective, Leggett & Platt can be seen as undervalued (EV/EBITDA ratio of 10, EV/normalized FCF ratio of 12). The undervaluation becomes particularly clear when the multiples are viewed in a historical context (see below). Please note that for the determination of the historical multiples, I utilized the respective year’s share price, as observed after the announcement of the full year earnings.

A discounted cash flow model, based on the previously determined normalized FCF of $450 million, a cost of equity of 10%, a growth rate of 3% over the next ten years and a terminal growth rate of 2% yields a fair value estimate of $45. Also from the perspective of mean-reversion, LEG appears to be a good pick at $38. The stock broke through the 1-RMSD barrier, taking into consideration the weekly adjusted close stock price over the past 20 years:

I am admittedly pleasantly surprised by the company’s performance in a particularly difficult period. Leggett & Platt is certainly affected by rising input costs, but obviously in a strong position which has enabled it to pass on price increases to its customers. Management is also optimizing the business’s fixed costs so that the company should emerge stronger from the crisis. The debt incurred as a consequence of the acquisition of ECS appears frightening at first sight, but seems very manageable when reviewing the company’s interest coverage ratio and the structure of its debt maturities.

In addition to these arguments, it was management’s continued openness and clarity, but also its shareholder-friendly attitude, that convinced me to buy back my original position. When listening to one of the company’s earnings calls, it becomes evident that shareholders can indeed “Sleep Well With Leggett & Platt”, as fellow contributor Dividend Sleuth so eloquently put it.

Thank you for taking the time to read through my article. If you have any comments or criticism to share, I am happy to read from you in the comments section below or via private messaging. Also, if you have any questions regarding the calculation of any of the presented metrics, I am happy to answer these as well.