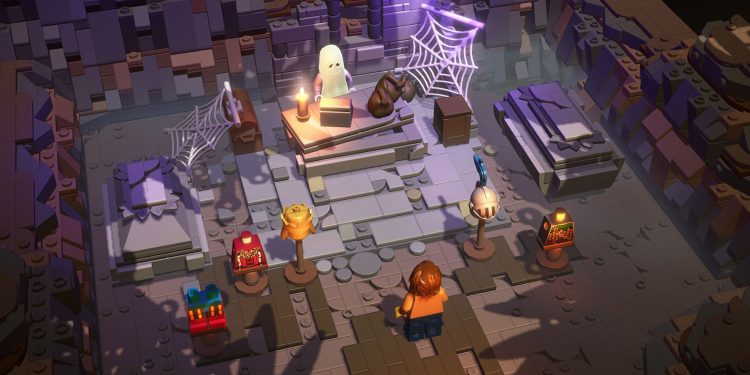 In collaboration with the LEGO Group, Thunderful has revealed LEGO Bricktales, a new digital adventure being developed by Clockstone, developers of the Bridge Constructor series.

In it, you will travel across a range of diorama biomes built from LEGO bricks and participate in a storyline as you build your own solutions to the game’s various puzzles.

In LEGO Bricktales, there are five LEGO-themed biomes where you will use a brick-by-brick building mechanic to solve puzzles and bring your solutions to life. You can build aesthetic creations, such as market stands and music boxes, and even functional physics-based puzzles like building cranes and gyrocopters.

The five biomes consist of a jungle, desert, a city corner, a medieval castle, and a tropical Caribbean island.

In each diorama, there are LEGO minifigures who need your help and the opportunity to unlock new skills. While exploring the environments, you’ll discover a variety of construction spots with their own sets of bricks. You will need to figure out a unique build that will work. You will be asked for various favors such as designing a hat, building a throne, or testing your engineering skills to build a bridge.

“After more than two years, it feels incredible to finally announce what we have been working on behind closed doors. We’re honored to have this opportunity to collaborate with the largest toy brand worldwide,” said Dieter Schoeller, VP of publishing at Thunderful. “With LEGO Bricktales, we’ve made it our mission to tap into what it is that makes LEGO play so special. Our intuitive brick-by-brick building mechanic allows players to engage with LEGO bricks in a video game the same way the toys have been inspiring people’s imagination and creativity for decades.”

“Everyone loves LEGO Bricks, and we are no exception, so we couldn’t be happier to get the chance to work on a LEGO videogame,” said Tri Do Dinh, game designer at Clockstone. “We hope you enjoy this first look at LEGO Bricktales and will have a great time diving into the game’s story, sandbox mode, unlockable abilities, and much more.”

A release date and platforms have not been announced.