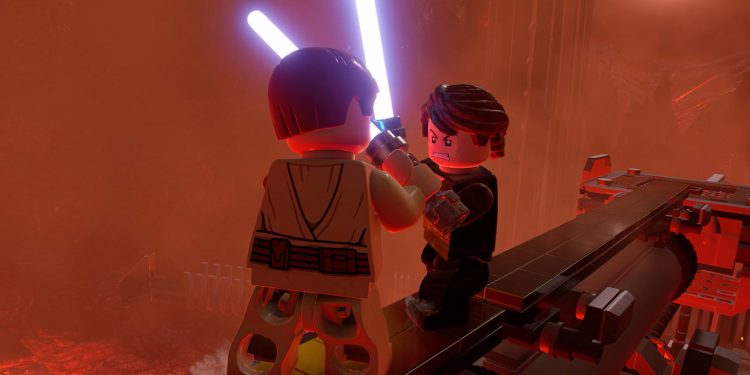 
So far as that goes, Power Push will probably end up being the most valuable Dark Side upgrade. Force Crush and Dark Rise are both viable options, but neither is quite as good as Power Push. As for Fear the Dark Side…well, it’s both thematically satisfying and surprisingly useful during combat situations whenever it actually procs.

Every Dark Side Character in LEGO Star Wars: The Skywalker Saga

Distraction – Project a hologram that distracts nearby enemies for a period of time.
Droid Barge – Press interact while moving to slide into enemies, causing damage.
Astromech Socket Expert – Astromech Socket interactions can be bypassed or completed for bonus studs.
Super-Charged – Add a shockwave to stun prod attacks that damages nearby enemies.

The Astromech Droid class includes quite a few Star Wars characters not exactly known for their combat abilities, which certainly helps explain why most of that class’ upgrades at least help make Astromechs slightly more useful during fights.

So far as that goes, Super-Charged is certainly the best combat-based upgrade in this class. Droid Barge isn’t far behind, and Distraction is another one of those gimmicky abilities you’ll rarely use. Astromech Socket Expert is worth putting a point into (as every other relatively similar ability tends to be), but it’s not a priority by any means.