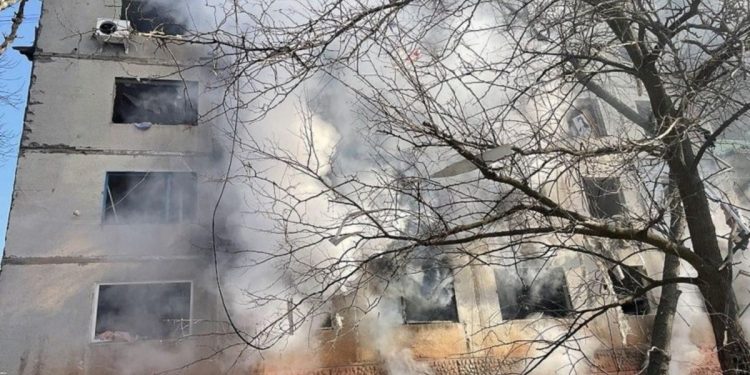 
Volkswagen, Porsche, BMW, Mercedes-Benz and Ford are among automakers that have been forced to cut production at their factories in Germany after supplies of wire harnesses, which form a key part of a car’s electrical system, dried up.

“It is both impressive and moving how our employees are determined not to let the situation get the best of them but stand up for their country and for their way of life. Their safety and their lives are a top priority for us,” Kamper said.

Some production is being relocated to Leoni plants in countries including Romania, Serbia, Slovakia, Tunisia, Egypt and Morocco — but the company and its automaker clients are committed to keeping Ukraine as a supplier, Kamper said.

Western Ukraine, with its low-cost, highly-skilled workforce and proximity to Europe’s car factories and a wealth of raw materials, has grown into a major production hub for wire harnesses, with Japan’s Fujikura and France’s Nexans among those producing there, along with Leoni.

Leoni has 7,000 employees in Ukraine and 2,000 in Russia, and had expected to bring in just under 400 million euros ($441 million) in revenue from the two countries this year.

Up to 15 percent of European auto production could be at risk because of shutdowns at wire-harness factories in Ukraine after the Russian invasion, Colin Langan, an auto analyst at Wells Fargo, said earlier this month.

Reuters contributed to this report

New Zealand holidays: The joys of a road trip through the majestic South Island