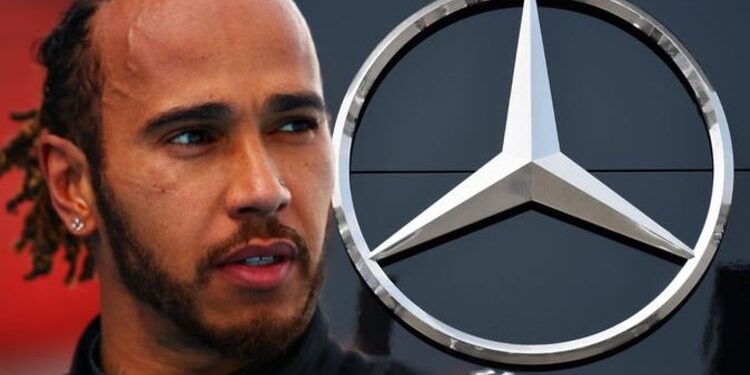 
The 2022 Formula One season is almost upon us with speculation and rumours persisting over Lewis Hamilton’s future in the sport. After over six weeks of silence, Hamilton posted ‘I’ve been gone. Now I’m back!’ on social media at the weekend and has since filmed himself running with his personal trainer, providing a hint that he will return to F1 despite fears he would retire. Express Sport rounds up all the latest news around Hamilton ahead of Mercedes’ W13 car launch on February 18.

Hamilton has been back at the Mercedes factory this week in the biggest hint yet that he will take part in the new season.

The 37-year-old was there on Monday and Tuesday to complete routine pre-season tasks having also posted footage to Instagram of himself on early morning runs on both days, including with his trainer Angela Cullen.

BBC Sport say the seven-time world champion may still walk away from F1 however depending on the outcome of the FIA’s inquiry into the Abu Dhabi Grand Prix.

FIA race director Michael Masi could lose his job due to his controversial handling of the race, which saw Max Verstappen steal the title from Hamilton’s grasp, and a restructure at the very least appears necessary to keep Hamilton in the sport.

It’s thought Hamilton will make a final call on his future once the governing body’s findings are revealed. The FIA will recommend decisions to F1 CEO Stefano Domenicali and the teams at next Monday’s F1 Commission.

Mercedes chief Hywel Thomas has admitted the team are not completely happy with several aspects of their power unit for the 2022 season.

Regulation changes designed to provide more intense wheel-to-wheel racing for this year’s calendar include a push for greater sustainability and therefore a change in engine fuels, which in turn mean PUs will operate differently.

He explained: “Instead of it being open as to what bio components you use, you have to use ethanol. The change to the bio content being ethanol, what that means is that the engine is going to react slightly differently to the fuel.

“There are some areas of performance we are really happy with and other areas where, honestly, we are less happy.

Red Bull’s Verstappen denied Hamilton history with his Abu Dhabi triumph and admits he is OK with not copying the Briton by going on to rack up as many as seven Drivers’ Championships.

He told The Guardian: “If I never get to a No 7 or No 8, it’s fine. You need a lot of luck to be in such a dominant position for such a long time. I just want to enjoy it and I know that, when I get to the track, I still want to win.”

F1 president Domenicali expects Hamilton to be on the grid for 2022 and battling with Verstappen for this season’s title, and has welcomed his return to social media after a two-month hiatus.

He told Sky Sports: “I saw the last picture of Lewis with positivity in his face and in his gesture. I think that is important because Lewis is an incredible asset, not only for our sport, but for the world.

“Lewis has in front of him a possibility to be an eight-time world champion.

“I’m pretty sure he is totally focused on these objectives, because this year there will be so many new things, so many new variables, and that will allow this championship to be so attractive.

“I’m sure he is totally dedicated to make sure that he can really have his chance to be an eight-time world champion.”