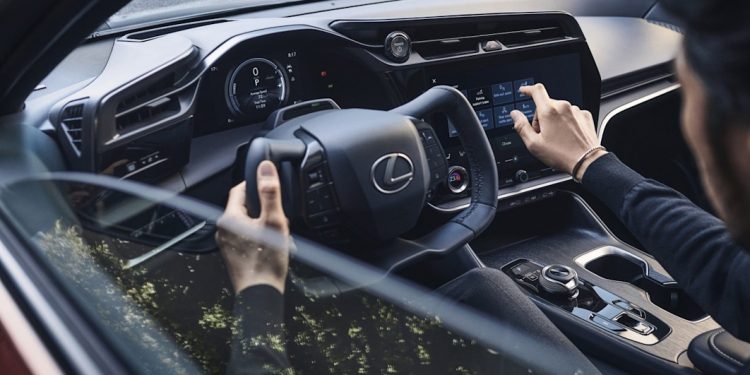 
Lexus will reveal its production RZ electric SUV on April 20, the company announced Tuesday, steering well clear of April Fool’s Day with a teaser package that would be right at home in Elon Musk’s Twitter feed. And yes, there’s a yoke. If it weren’t for the fact that we already knew about the Lexus RZ, coupled with confirmation from Toyota that the bZ4X’s yoke is the real deal, we’d be highly suspicious of this early-April announcement from a traditionally conservative manufacturer. Welcome to 2022, when none of that really seems to matter anymore.

We already suspected that the RZ was based on Toyota’s bZ4X, so the indication of an available yoke is not that surprising, really.  In the Toyota, it’s paired to a variable-ratio, steer-by-wire system. Toyota says it also improves steering feel and ensures road and tire vibrations don’t make their way to the driver. The latter seems obvious since there’s no physical connection between the wheel and road, but whether that makes for an “improvement” in steering feel is not something with which we’re inclined to automatically agree. 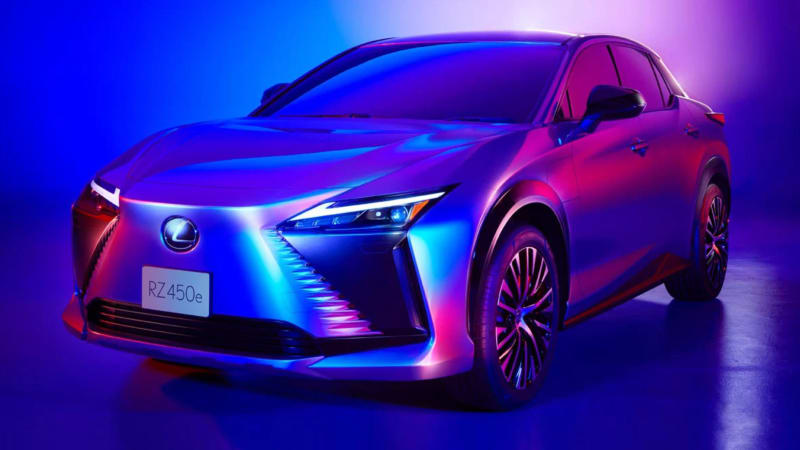 Lexus offered no further info apart from the reveal date and time (6 a.m. EDT April 20) and these new teaser photos. The psychedelic lighting job on the car seems a bit on-the-nose for something debuting on 4/20, but again, this isn’t a Tesla, so clearly somebody just thought it would look cool. Fortunately, we have the bZ4X’s spec sheet to go on. The 4,232-pound Toyota is powered by a single electric motor with 201 horsepower or a dual-motor setup with 214 horses (107 per motor). Clearly, getting all-wheel drive into the equation mattered more than performance, as Toyota says it’ll still take 7.7 seconds for the bZ4X to hit 60.

Regardless of motor count, the bZ4X gets a 71.4-kilowatt-hour lithium-ion battery pack said to deliver about 310 miles of maximum driving range in the front-wheel-drive model and 285 miles in the all-wheel-drive version based on the Japanese testing cycle. It’s not outrageous to think the RZ might get a more potent powertrain, but we’ll just have to wait and see what Lexus has in store.