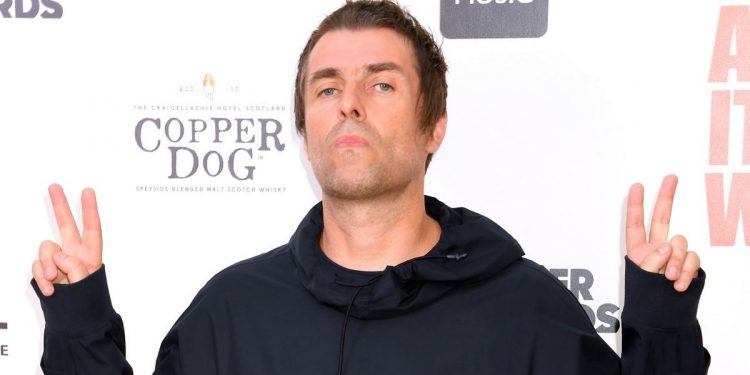 Liam Gallagher may have been branded a hellraiser at the peak of his Oasis fame but now the solo artist is much more mellow as her nears half a century in age.

The 49-year-old musician – whose birthday is in September – has a long history of being a brash, drink swilling, rock and roll frontman but now swears by quiet nights in with a cup of tea over pint after pint.

Brit award organisers have invited the star to feature on stage at the upcoming 2022 ceremony to inject a bit of rock n roll energy to the usually pop focused event.

However, it sounds like Liam might give the awards show a slightly more geriatric feel as he has complained about his knees and the fact he can’t get as wild as he used to now he’s in his mid-life stage.

Speaking to Chris Moyles on Radio X, Liam explained: “When I’m singing, there’s no smoking and I don’t drink dairy on the day.

“I just have jasmine tea. It’s good for the throat. When that’s done, then I go back to how I am.

Liam had been getting recognised on runs around Hampstead Heath in recent years as he embraced a healthier lifestyle – but now admits he’s had to stop that too due to his ageing body.

He said: “I’m not running any more. I can’t run, my hips are mashed up. I’m just walking, lots of walking.”

Meanwhile, the former Oasis singer has explained his fear that some fans might not take kindly to his upcoming third solo album, titled C’mon You Know, which is due for release in May.

He said: “I’d say 80 per cent of the record’s a bit peculiar, but still good. Twenty per cent of it is kind of classic. I still sound normal and mega and all that.

“But you know, if you’re going to do something a little bit different, do it in these times, because if people don’t dig it, just blame it on Covid. And then we’ll go back to the normal stuff on the next record.”

It has been 28 years since Liam burst onto the music scene as one half of Oasis alongside his older brother, Noel.

The pair quickly developed a reputation as the bad boys of Britpop – with a high profile rivalry with the band Blur and various alcohol fuelled incidents landing them in trouble.

The band split in 2009, with Liam embarking on a new assault on the charts via a new band called Beady Eye which he fronted between 2009 and 2014.

He then embarked on a full solo career in 2016 with the release of his debut solo album, As You Were, the following year which topped the UK album charts.

The star is poised to release his third solo album
(

His second solo album, titled Why Me? Why Not., was released in 2019 and also hit the top of the charts.

The first single released ahead of his third solo album is titled Everything’s Electric and sees him teaming up with Foo Fighters and Nirvana legend Dave Grohl – who co-wrote the track and played drums on the single.