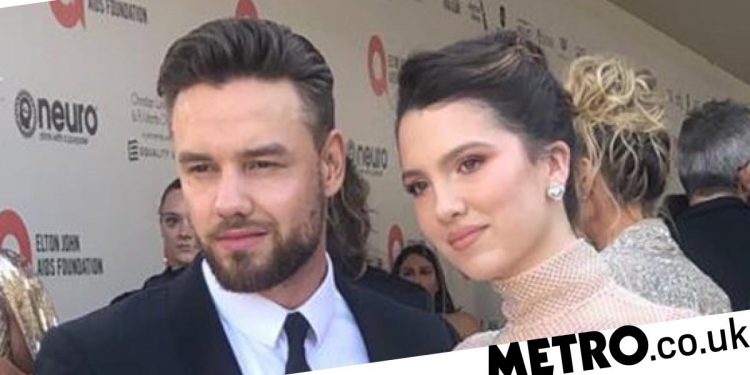 
Liam Payne is choosing not to acknowledge the lively social media conversation sparked by his baffling accent during an interview at an Oscars event on Sunday night.

The singer seemingly ignored the reaction to his live interview on Good Morning Britain, where viewers said he sounded Dutch, Welsh, Italian, English and American all at once, while giving his view on Will Smith slapping Chris Rock on stage for a joke the latter made about his wife Jada Pinkett Smith’s hair.

Taking to Instagram, the former One Direction star shared a picture of himself with fiancé Maya Henry from the event they attended, which was the Elton John Aids Foundation’s 30th Annual Academy Awards Viewing Party.

The couple looked chic on the red carpet, with Liam in a white shirt, black suit and tie and Maya in a feathered and mesh pink floor-length gown over a matching corset, but he made no comment to accompany the picture on his Story.

Liam, who was born in Wolverhampton, offered his thoughts on the shocking scene from the ceremony, explaining, in an unusual twang: ‘Will Smith actually used to live behind my house, I’ve had the pleasure of knowing his son and his daughter very well. We did Men In Black III with him.

‘I believe whatever he felt that he did, he had the right to do. I also felt there were three losers in one fight. He didn’t know, being Chris Rock, he didn’t want to do what he had to do, being Will Smith, and she did nothing, being Jada.’

‘Watching @GMB and what the hell has happened to Liam Payne’s accent?!’ one audience member asked. ‘He has an American twang but at times he sounds like he isn’t even English!’

Others reckoned he sounded ‘Dutch’, while another branded it ‘bizarre’.

‘Why does it matters [sic] how a person speaks. He is who he is,’ John – who is known for swapping between American and Scottish accents himself – tweeted.

Myles Stephenson has also since claimed that Liam would ‘change his voice’ while speaking to Rak-Su backstage at the X Factor, depending on the situation.

The singer and I’m A Celebrity star, 30, told Capital Xtra’s Tea Time podcast hosts Will Njobvu & Yewande Biala: ‘He’s done that to me before. He changes his voice. When we were on X Factor, he was performing.

‘And after, we were walking past, he said “hello.” We [Rak-Su] don’t speak with much etiquette. He’s come up to us and said, “Yes bruv, what are you saying?”’

Myles and Rak-Su had won the 2017 series of the X Factor, with Liam performing live on one of the shows from their year.

While comedian Rock has declined to press charges against the now-best actor Oscar-winner for the slap, Smith has apologised publicly for the incident and the Academy has opened up a formal investigation.


MORE : Bafta insists Will Smith would have been removed from UK awards ceremony after Chris Rock slap


MORE : Chris Rock opened up about letting people ‘walk all over’ him before Will Smith Oscars slap