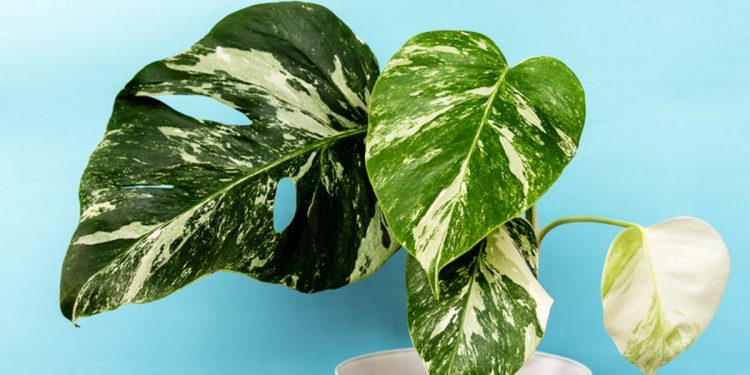 
Reports suggest that retailers Lidl and B&Q have been selling rare houseplants that could be worth thousands of pounds for less than the cost of a takeaway.

So, if you’ve snapped up some of their cheap plants you might be sitting on a gold mine – especially as you can flog individual cuttings to keen gardeners.

The mix up happens because many supermarkets are unaware that some naturally occurring variations in common plants can up their value.

This could be differences in leaf colour, stripe patterns or even lacy leaves!

And, making these plants even more of a bargain is the fact that workers often mistake variegation for damage or pests meaning they’re discounted further.

Some such plants are flogged for just £10 each while the leaves can go for thousands on Facebook Marketplace or eBay.

There’s never a guarantee that your local Lidl or B&Q will have the costly plants, but if you know what to look for you can keep your eyes peeled!

Rachel Pugh explained some of the most valuable variations in the Manchester Evening News, check them out below…

Perhaps the most common plant to find in any shop, the Monstera Deliciosa is more commonly known as a Swiss Cheese plant because of the holes in its leaves.

And while a regular green plant isn’t worth much, a variegated monstera is very rare.

Some of these plants develop white markings on their stems and leaves, occasionally putting out a whole white leaf.

Because the signs can be subtle in young plants, shops often mix them up with the plain variety and sell them for a tenner.

Even a single branch of the plant could end up costing thousands, with Etsy’s most expensive listed at £4,562.18.

And as little as a single five-inch stick sells on Facebook Marketplace for £1,399.

Spot the rare beauty by looking for white lines on the stems or a constellation-like pattern on the leaves.

Variegation is all the rage among plant lovers, and the Swiss Cheese plant’s smaller cousin is even more valuable.

These plants are hungry and need to be fed throughout winter unlike other houseplants.

If they’re not, they develop white spots that cause shops to sell them for cheap.

But these spots are easily confused with the beginnings of variegation, which has the same telltale white stripes on the stem as the Deliciosa.

On Ebay, the most expensive Adansonii for sale is listed at £3,699.

With over 400 species of Philodendron in the world, shops might struggle to differentiate between them.

And just like the Monsteras, there is a Philodendron with white leaves worth hundreds.

The Philodendron White Princess and White Knight look very similar, with glossy green leaves with white lines that might be mistaken for disease or damage by clueless shops.

On Etsy, these beauties sell for as much as £4,216.82 for a White Knight and the White Princess is on sale on various sites for roughly £400.

The Pink Princess Philodendron or PPP is very similar to the White Knight and White Princess, but has pink variegation instead of white.

You might see it in shops because it’s easy to propagate and the pink colour looks stunning.

But it can take a while for it to show as more than a shadow on a baby plant, hence the potentially low price.

Perhaps one of the rarest houseplants out there, the Monstera Obliqua’s fragile leaves can be mistaken for pest damage.

In fact, you’d be forgiven for thinking this was an Adansonii that’s been a caterpillar’s dinner.

But a genuine Obliqua is amongst the most sought after plant by enthusiasts and could earn you some serious money.

Over on Facebook Marketplace, a small plant goes for £1,000.