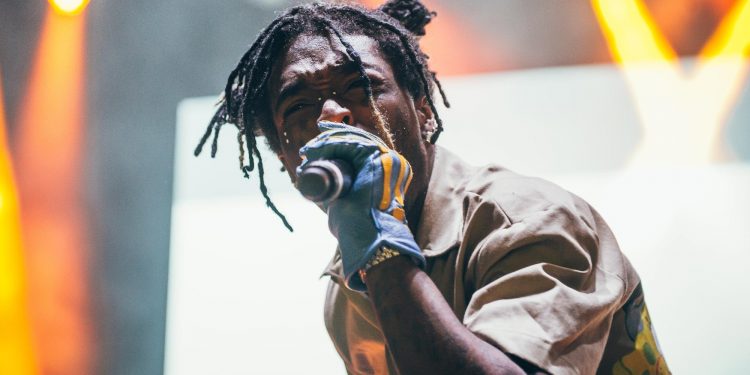 
Lil Uzi Vert (aka Symere Woods) has pleaded no contest to a 2021 assault case – wherein he’s alleged to have struck his ex-girlfriend and threatened her with a firearm – and has been sentenced to three years of probation.

TMZ broke the news on Sunday (February 5), reporting that Woods appeared in court to strike a plea deal with the Los Angeles County District Attorney’s Office. By pleading no contest to “one count each of felony assault with a firearm and misdemeanour injury to a girlfriend”, Woods accepts his conviction, but denies admission of guilt.

In addition to his three-year probationary period, Woods must commit to one year of treatment for mental health and substance abuse and 52 weeks of domestic violence counselling. He’s also been ordered to pay his accuser (ex-girlfriend Brittany Byrd) restitution, and is subject to a 10-year criminal protective order.

It’s reported that prosecutors had initially pinned Woods with three felony charges – assault with a firearm, criminal threats and domestic violence – as well as a misdemeanour charge for carrying a loaded firearm. By virtue of Woods’ plea deal, he avoids substantial jail time for these charges.

At the time of writing, Woods is yet to publicly acknowledge the case.

Byrd had initially filed a police report over the alleged incident last July. Speaking to The Shade Room, Byrd’s manager, Brianna, claimed that Woods had confronted the artist, rapper SAINt JHN and director Jeymes Samuel outside a café in West Hollywood. Though she denied allegations that Woods attacked SAINt JHN, Brianna said Woods repeatedly punched Byrd in the face, and corroborated the allegation that Woods pulled his gun on Byrd.

Despite the alleged incident, Woods has remained active over the past seven months, releasing a new single titled ‘Demon High’ – said to feature on his forthcoming third album, tentatively titled ‘The Pink Tape’ – in October. He’s also featured on tracks by Trippie Redd, Meek Mill and Iann Dior.