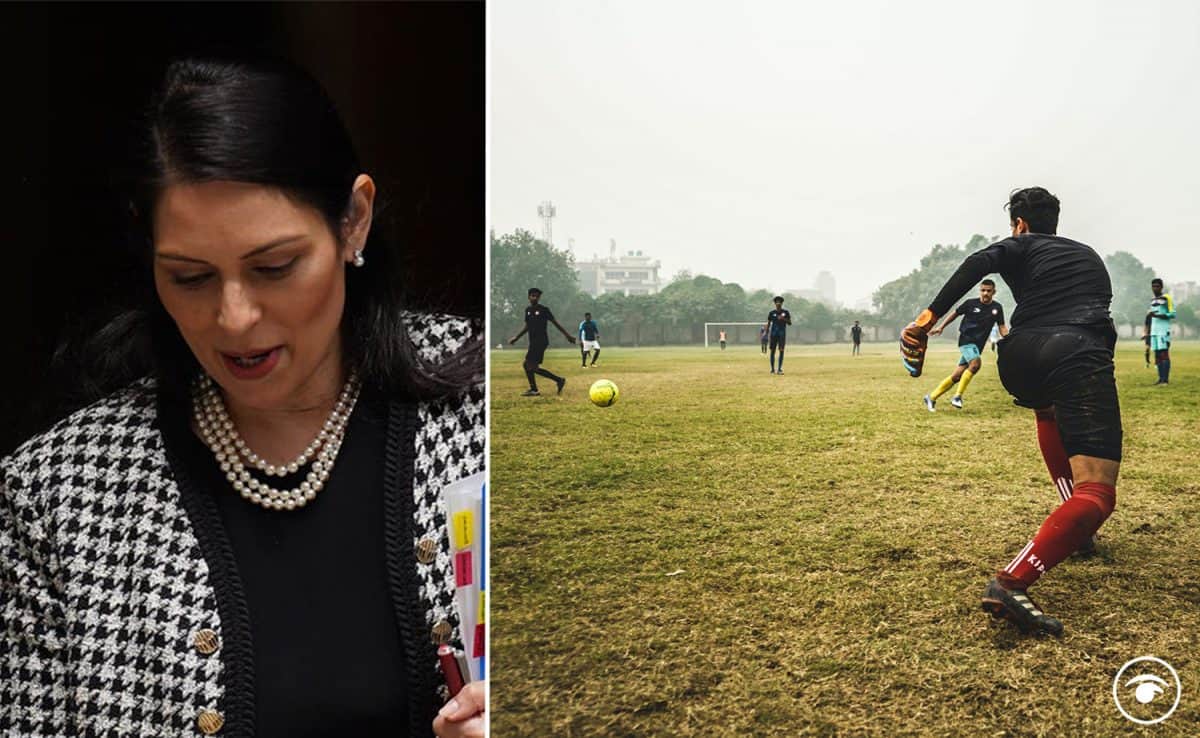 Gary Lineker has condemned an “awful” decision to deport a promising footballer who has lived in Britain his whole life.

Christopher Arundell, who was accepted into Staines Town Football Club’s Academy after finishing his GCSEs, is set tobe deported to Zimbabwe, despite a cross-party appeal to the home secretary to stop his removal – and those of others in his position.

The 26-year-old, whose family fled the country when he was five after experiencing three frightening burglaries, says the UK is “the only place” he has had a life.

Speaking to the BBC over the phone from Brook House detention centre, near Gatwick Airport, where he has been held since late last month, he said:

But his father kept putting off paying the money to sort out his citizenship, so he dropped out of the football academy that had accepted him after leaving school and ended up getting into trouble and going to prison for drug offences.

The Arundells left Zimbabwe after they experienced terrifying burglaries – moving house after each incident. The last one, in particular, was brutal.

“I was taken out by a maid to go to the shops and then thieves came to the house, tied my mum up, and held her hostage and pepper-sprayed her and my six-month-old sister, while they removed goods from our house and took our car.”

Any relatives the family left behind have long since gone, during what have been a turbulent two decades in Zimbabwe.

Last week a cross-party group of 75 British MPs wrote to home secretary Priti Patel urging her to stop the deportation of 50 Zimbabweans because of the country’s “deteriorating” political and human rights situation.

Ms Patel replied to say that she was required by law to send back foreign offenders when it was safe to do so: “My key objective is to protect the public.”

In a statement to the BBC, the Home Office, speaking about Chris’s case, said: “We only ever return those who we and, where applicable, the courts are satisfied do not need our protection and have no legal basis to remain in the UK.”

But the reaction on social media has been fierce.

Gary Lineker branded the decision to deport Chris as “awful”, while Liz Jarvis said it was sad to see the home secretary had “learned nothing from the Windrush scandal”.

It’s appalling. The Home Secretary seems to have learned nothing from the Windrush scandal. Deporting people who have grown up here is clearly wrong.

Justin Collery said it is “immensely immoral to send him somewhere which is not his home”, and John Robin said the government had succeeded in making him feel “positively ashamed to be British”.

The reply’s to this thread show how little many understand ppl like Chris. It is immensely immoral to send him somewhere which is not his home. I hope for Christopher the system works … and also for those on this thread who may some day need someone to understand *their* plight

This Tory government has succeeded in making me feel positively ashamed at times to be British.

Related: Brexit is plunging Wales back into austerity after loss of EU aid

Corgidoge explodes with 42,000% gains: where to buy CORGI