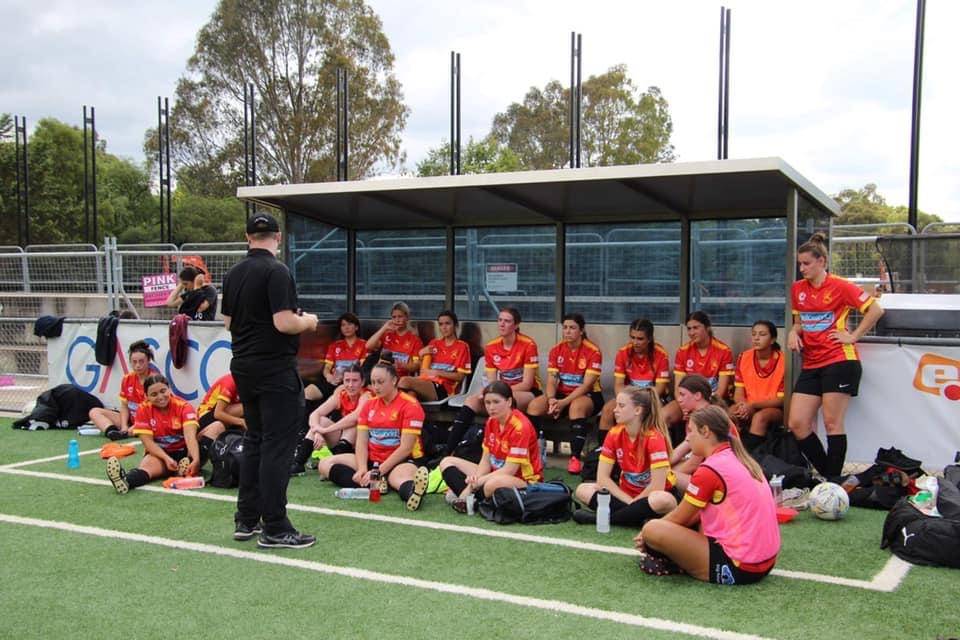 Lioness coach Daniel Foden and exciting goalkeeper Christine Fonua admit the ambitious team are chomping at the bit for the new season.

“I am really excited and I think the girls are too, it’s been a long time with no football so they are just excited to be able to start playing again,” said coach Foden, who is in his third season with the club. “I think the incentive is huge this season with the opportunity to be the first team promoted into NPLW.

“This is the first time in a long time we could see a powerful club like Preston mixing it week-in week-out with the best female clubs in the state and we’d love to be part of that.”

Fonua, one of three sisters in the senior squad this year, admits the decision to give promotion to the top two VPLW teams into the NPLW for 2022 has provided extra motivation to her team.

“Everyone feels excited about playing this year especially now that there’s promotion on the table as an incentive,” she said. “Getting promotion would mean a lot as it’s a team goal to achieve and I have personally never won the league.”

The Lionesses showed their credentials for top tier football with a 2-0 win over NPLW powerhouse Bulleen Lions this weekend in a pre-season friendly. Amy Kane and Elwen Parbery netted the goals.

Fonua believes it will take a collective effort from the entire squad if they are to reach their lofty goals this season.

“The key to winning this year will be consistency and a team effort across the board and being able to take points on the days where it feels like things aren’t running smoothly,” she said.

“We have a few key players but the squad as a collective all need to be doing there part.

“There is a good balance of experience and young players ready and eager to get the job done.”

Foden believes his team have the depth to compete at a high level in what will be a gruelling season, considering most players have not played since 2019.

“They key to our performance and culture at the club is the group as a whole,” said Foden. “We have some excellent players in captain Di, international Miri and a large group of players with senior or u/19 NPLW experience as well as some vastly experienced Preston players that were already at the club over the last couple of years.

“Without a doubt our strength at this stage is in our great depth.

“But for me a a really big point is avoiding injuries, this is huge because the bodies have had a year off competitive football.

“This means the risk of injury is greatly increased and we are being extremely careful about this right now.

“The other big one though is consistency. We need to be playing well, scoring goals and keeping clean sheets every week.

“This is a very strong league and this means if your off your game just once the other teams can all hurt you.”

Preston’s main threat in 2021 will be state league powerhouse and 2019 State League One North-West champions Melbourne University, 2019 South-East champions South Yarra FC as well as Ex state champions Boorondara Eagles and Eltham Redbacks. Former NPLW clubs Southern United and Geelong Galaxy United will also be looking to get back to the top tier.

The Lioness’s tackle NPLW club Calder United on Sunday in Ballarat in their next friendly.

Who is Daniel Kinahan, and what was his role in Tyson Fury vs Anthony Joshua fight?

Who is Daniel Kinahan, and what was his role in Tyson Fury vs Anthony Joshua fight?