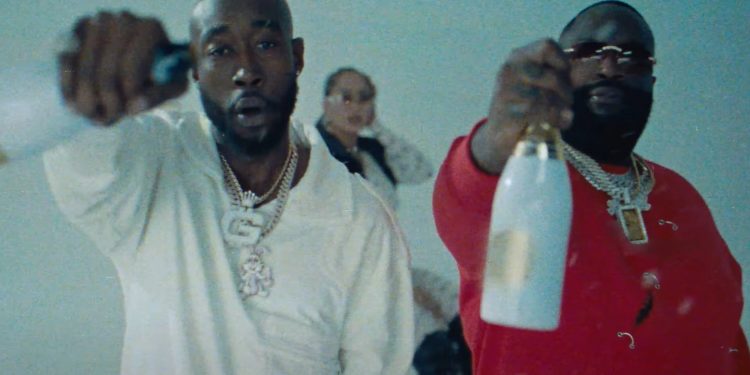 The track was produced by Kenny Beats, and is built around a sample used by Wu-Tang Clan‘s RZA and Raekwon for the latter’s 1995 single, also titled ‘Ice Cream’, which appeared on his ‘Only Built 4 Cubin Linx’ LP.

Gibbs and Ross pay homage to Raekwon’s ‘Ice Cream’ throughout their cut, notably in the accompanying music video. In it, we see Gibbs riding around in an ice cream van, mirroring footage from Raekwon’s ’90s clip. The women in Gibbs and Ross’ video also sport similar t-shirts to those in Raekwon’s, emblazoned with ice cream flavours such as chocolate, vanilla and butter pecan.

It’s the second new track from Gibbs this year, following on from ‘Hate To Say It’ with Azizi Gibson. He released a slew of singles and collaborations throughout 2021, including ‘Gang Signs’ with ScHoolboy Q, ‘Black Illuminati’ with Jadakiss and ‘Big Boss Rabbit’, among others.

Last year, Gibbs also announced his fifth studio album ‘Soul Sold Separately’ was on its way, however it’s yet to receive an official release date.

Earlier this month, Gibbs said he didn’t think controversial podcaster Joe Rogan was a racist, after the host was called out for using racial slurs on his show, The Joe Rogan Experience. The rapper, who appeared as a guest on the podcast, told Rogan: “I don’t think you’re racist, my n***a.”

Elsewhere, Ross made headlines in December last year for walking out during an interview under the guise he was going to use the restroom. The rapper was just over half an hour into an interview on The 85 South Comedy Show when he went to use the bathroom and didn’t come back, with the hosts informed off-camera he’d left to catch a flight.