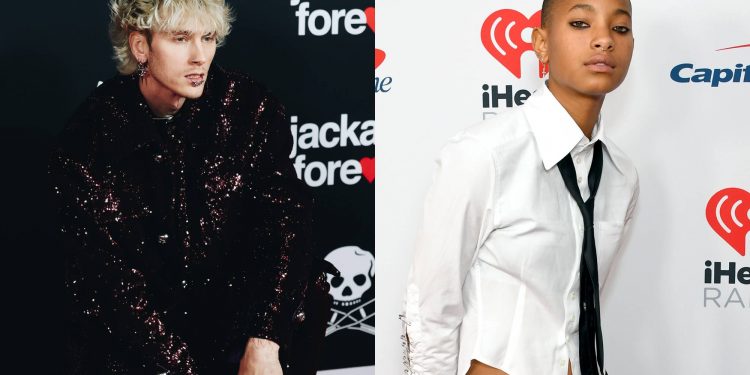 
Machine Gun Kelly and Willow have released their new collaboration ‘Emo Girl’ – you can hear the track below.

The track is taken from Kelly’s forthcoming new album ‘Mainstream Sellout’, which is set for release on March 25 and was previously titled ‘Born With Horns’.

Kelly recently teased his Willow collaboration with a TikTok clip which led many fans to believe that the song was called ‘Cherry Red Lipstick’.

However, the track, which has now been released, is actually titled ‘Emo Girl’. It features the lyrics: “She is a monster in disguise and she knows all the words to the trap songs / Takes pics with the cherry red lipstick.”

You can hear Machine Gun Kelly and Willow’s new song ‘Emo Girl’ in the above visualiser.

An official video for the track will be released on Tuesday (February 8), Kelly has confirmed.

‘Emo Girl’ marks Kelly’s first new single of 2022, and follows on from his August single ‘Papercuts’. He also featured on iann dior’s ‘Thought It Was’ with Travis Barker last month.

Kelly recently shared a clip of himself telling Barker, who is producing his new album, that he had decided to change the title of his forthcoming record from ‘Born With Horns’ to ‘Mainstream Sellout’.

The two artists previously got matching ‘Born With Horns’ tattoos to celebrate their work on the album.

Willow, meanwhile, could be in line for a collaboration with rising UK artist PinkPantheress after the latter hinted that the pair have been working together.

(UT)Am I being taken for a ride by my landlord offering us a discount on the condo we are renting? Or is this really the reality of the market? : RealEstate