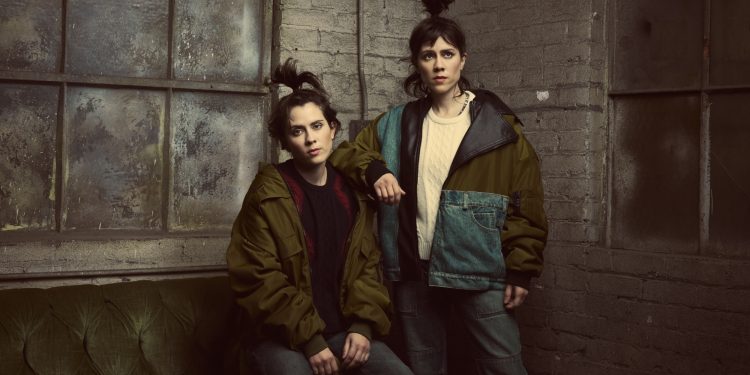 
Tegan and Sara have returned with a new single called ‘Fucking Up What Matters’ – you can listen to it below.

The track marks the first material from the Canadian duo since they signed to the New York indie label Mom+Pop Music, which is also home to the likes of Courtney Barnett, Sleater-Kinney and Lucius.

Produced by John Congleton (Sharon Van Etten, Angel Olsen, Future Islands), ‘Fucking Up What Matters’ serves as a taste of Tegan and Sara’s 10th studio album, the follow-up to 2019’s ‘Hey, I’m Just Like You’.

“‘Fucking Up What Matters’ felt like an ode to the moment in your life when you realise that you have most, if not all of the things you wanted and you start to think about what would happen if you just walked away from it all,” explained Tegan Quin.

“It’s the moment in the middle of the night when you start to daydream about something else, something you never imagined.”

She continued: “It’s the feeling you have when you think you might have hit a new low, and yet you’ve never felt so good. Sometimes it’s admitting that you can’t stop yourself from fucking up what matters, that you feel your strongest.

“And as my mom would say, it’s often when we’re fucking up what matters, that we’re learning the most about ourselves.”

Tegan and Sara signed to Sire/Warner ahead of releasing their fifth record, 2007’s ‘The Con’. According to the group, ‘Fucking Up…’ also reflects their recent switch to Mom+Pop Music.

“Michael Goldstone signed us to Sire/Warner in 2006. We had just made ‘The Con’ and felt like the vision Goldie and the team at Sire had for us and the album were a good fit,” Tegan and Sara recalled.

“But soon after he signed us, he left to start Mom+Pop. We never held it against him. But joked that one day we’d work together for real. So it was with great enthusiasm that we agreed to sign to Mom+Pop when our deal with Warner ended in 2021.”

They added: “We look forward to being back at an indie label, on a brilliant roster, with Goldie and the label’s incredible team helping us start this next chapter in our lives with the release of our tenth album.”

Details of Tegan and Sara’s next studio effort are yet to emerge. In the meantime, you can watch the Tony Wolski-directed video for ‘Fucking Up What Matters’ above.

In a four-star review of their latest album, NME wrote: “‘Hey, I’m Just Like You’ would function as a pile of dogeared artists sketchbooks  – but picked up again and turned into hefty indie-pop bangers, this serves as an honest, vulnerable, and occasionally brutal reminder of what Tegan and Sara have always been best at.”

Meanwhile, the cast has been announced for Tegan and Sara’s TV adaptation of their 2019 memoir High School.