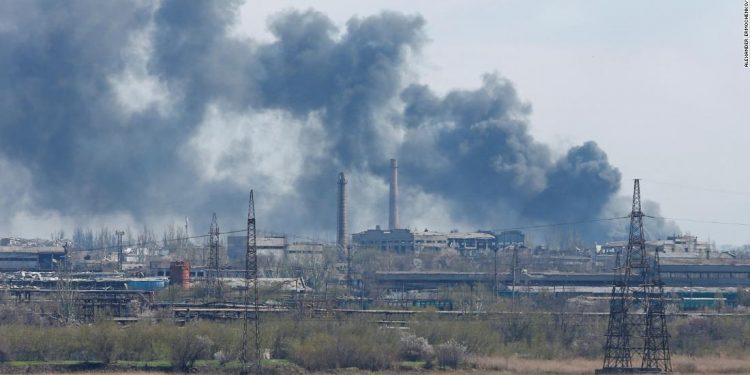 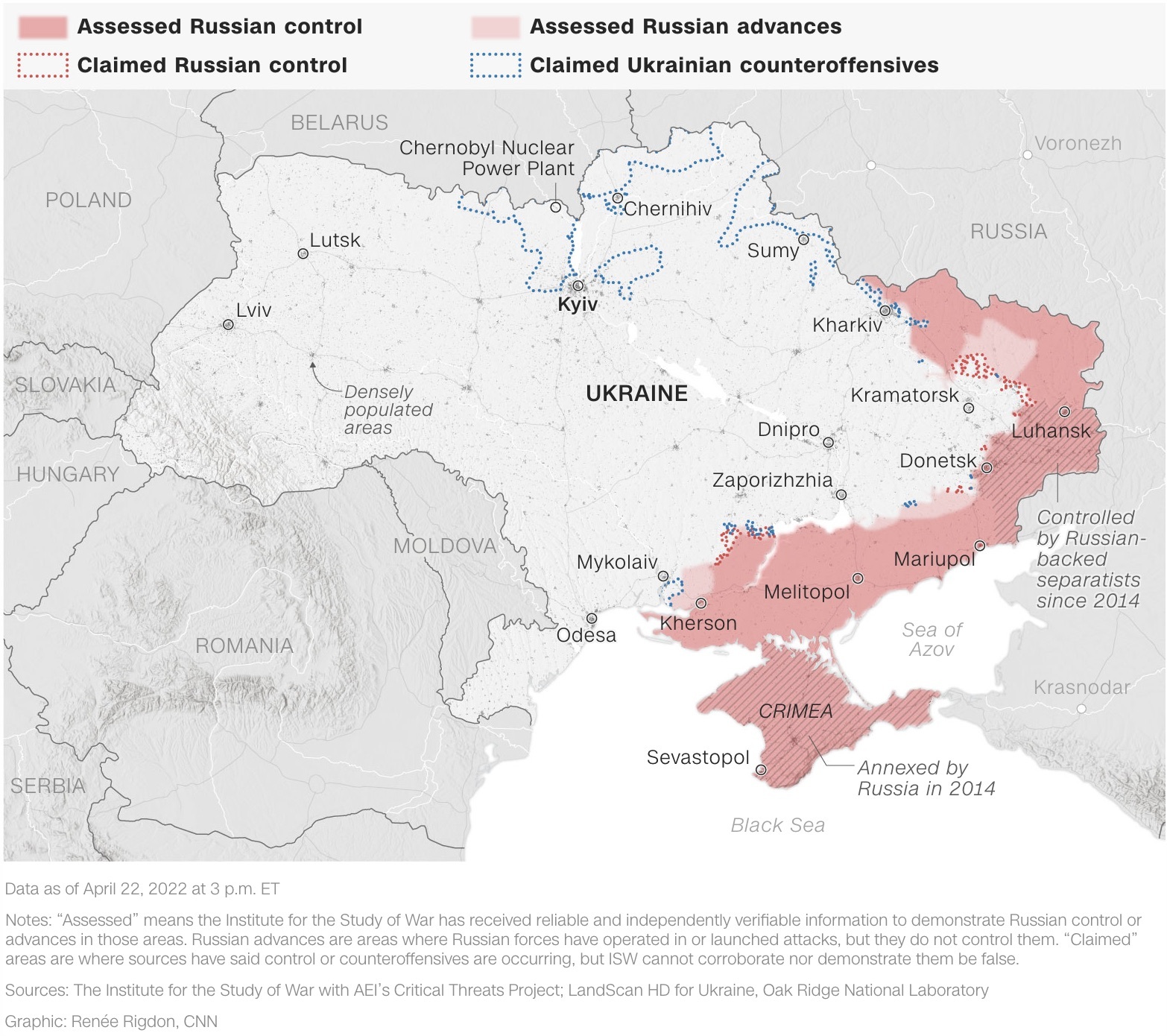 Russia has captured dozens of small towns in its assault on the Donbas region, as Ukrainian officials describe continued heavy fighting throughout Donetsk and Luhansk.

Russia had, in recent weeks, refocused its war efforts from the north and center to the east after a failure to circle in on the capital, Kyiv.

On Friday, Russia revealed for the first time that its goal was to take “full control” over southern Ukraine as well as the eastern Donbas region.

Maj. Gen. Rustam Minnekaev, the acting commander of Russia’s Central Military District, said Russian forces were fighting to establish a land corridor through Ukrainian territory connecting Russia to Crimea, the peninsula it annexed in 2014, said according to TASS, a Russian state news agency.

“Since the beginning of the second phase of the special operation, which began literally two days ago, one of the tasks of the Russian army is to establish full control over Donbas and southern Ukraine. This will provide a land corridor to Crimea,” Minnekaev told TASS.

Olena Symonenko, an adviser to the Deputy Head of the Office of the President, said in televised remarks late Thursday that over the last 24 hour period, 42 more settlements had come under Russian control in the Donetsk region.

The UK Ministry of Defense, however, said Saturday that Russian forces had made no major gains in the past 24 hours, in the face of Ukrainian counterattacks.

Ukrainian air and sea defense have also been able to stop the progress of Russian air and maritime forces, the ministry added in a post on social media.

‘No major gains’: However, over the past 24 hours, Russian forces have made no major gains in the face of Ukrainian counterattacks, the UK Ministry of Defense said on Saturday.

Ukrainian air and sea defense have also been able to stop the progress of Russian air and maritime forces, the ministry added in a post on social media.

“Despite their stated conquest of Mariupol, heavy fighting continues to take place frustrating Russian attempts to capture the city thus further slowing their desired progress in the Donbas,”  the UK ministry said.

CNN+ collapse: Insiders, critics doubted service all along as Brian Stelter ponders if it was ‘success’ – New York Post