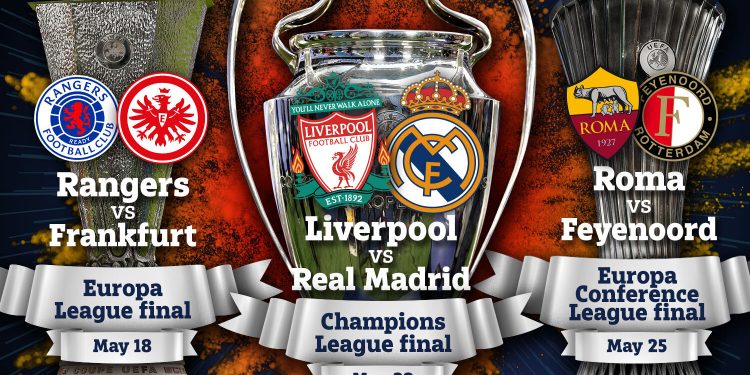 
LIVERPOOL will be taking on Real Madrid in Paris on May 28 as the showpiece of THREE European finals in just ten days.

They booked their place in the final later this month after holding their nerve against Villarreal in the semis.

And they’ll be hoping to get revenge over Real Madrid, who beat them in the 2018 final.

Carlo Ancelotti’s Real have shown fighting spirit through the tournament, coming from behind against Paris Saint-Germain, Chelsea and Manchester City.

A double is up for grabs for Real, who pinched the LaLiga title back off city rivals Atletico Madrid. 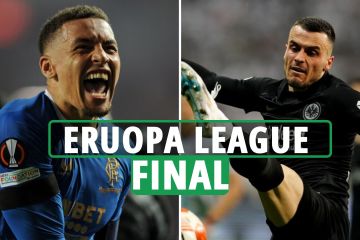 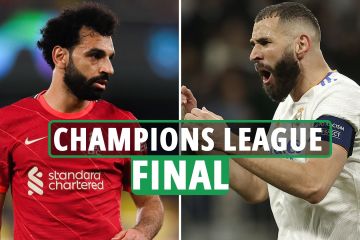 City’s fall at the final hurdle has boosted Liverpool’s chances of securing a historic quadruple, with the league, FA Cup and Champions League finals to still contest.

Liverpool ace Mohamed Salah says the Reds have “a score to settle” with Real.

Salah, of course, cruelly got injured in the 2018 final after he lost a tussle with the legendary Sergio Ramos.

The Egyptian also admitted it’s “personal” and he will get his chance at redemption at the Stade de France.

He said: “I want to play Madrid. It’s personal. City is a really tough team.

“Personally I would prefer Madrid because we lost in the final so I want to play against them and hopefully win it from them.”

Salah added: “It’s great to be in the final. Three times in five years is unbelievable. Everybody is happy.

“For sure [we want the Quadruple]. Why not?”

Three days before the Champions League spectacle, Jose Mourinho will contest his fifth European final as a manager.

His Roma side will take on Feyenoord in the Europa Conference League final.

Tammy Abraham’s goal sealed the win over Leicester in Rome.

A draw for Feyenoord against Marseille was enough to preserve their 3-2 lead on aggregate.

The Air Albania Stadium will play host on May 25. It’s not quite Paris. But it’ll do the job.

The Europa League final will be the first to be contested on May 18.

Rangers sealed a historic win over RB Leipzig to reach their first European final since 2008.

They’ll meet Eintracht Frankfurt, who comfortably saw off a gassed out West Ham.

The two sides will meet in Seville with a spot in next year’s Champions League up for grabs.