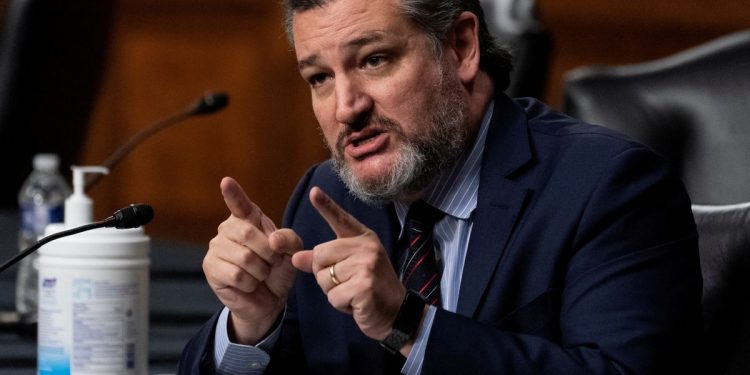 Wyoming congresswoman Liz Cheney has accused her Republican party leadership of enabling “white nationalism, white supremacy, and antisemitism”, in a scathing message after the racist massacre at a grocery store in Buffalo.

Cheney, who was removed from her position as the No 3 House Republican last year after she joined the panel investigating the 6 January Capitol attack, urged party leaders in a tweet to “renounce and reject these views and those who hold them”.

The House GOP leadership has enabled white nationalism, white supremacy, and anti-semitism. History has taught us that what begins with words ends in far worse. @GOP leaders must renounce and reject these views and those who hold them.

Her remarks were made amid increasing scrutiny of Republican figures who have embraced the racist “great replacement theory” the Buffalo killer is said to have cited in a manifesto he used to justify the murders.

The far-right ideology expounds the view that immigration will ultimately destroy white values and western civilization.

Although a growing number of Republican lawmakers and hopefuls have promoted the discredited conspiracy theory, including JD Vance, the Donald Trump-endorsed candidate who won last week’s Republican Senate primary in Ohio, many believe Cheney’s message is directed at one person: the Republican House conference chair, Elise Stefanik.

The New York congresswoman, who was swiftly installed to replace Cheney when the House minority leader and Trump loyalist, Kevin McCarthy, orchestrated Cheney’s ouster last year, has used the great replacement theory to make false accusations that Democrats were plotting a “permanent election insurrection” by replacing white voters with immigrants.

The Illinois congressman Adam Kinzinger, who is the only other Republican on the House panel investigating Trump’s insurrection efforts, posted his own tweet slamming Stefanik’s promotion of the theory as “despicable”.

On Sunday he added another post, demanding that Stefanik, McCarthy and extremist Republican congress members Marjorie Taylor Greene and Madison Cawthorn be “replaced”.

McCarthy is one of five Republicans who received subpoenas from the House panel last week as it seeks more information about Trump’s actions to overturn his election defeat by Joe Biden, including the deadly riots at the Capitol on 6 January 2021.

Stefanik, meanwhile, has been furiously tweeting this morning, doubling down on her claims that Democrats are purposely manipulating immigration policy “specifically for political and electoral purposes”.