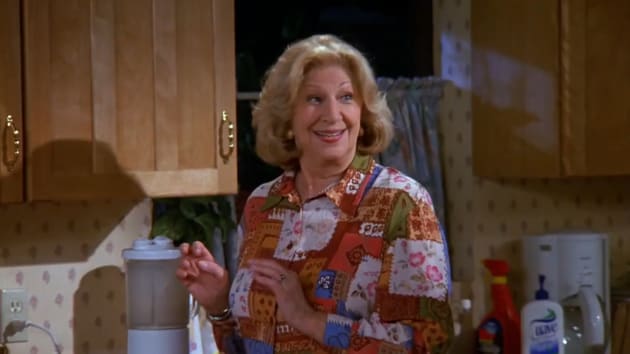 
Best known for her role on Seinfeld, her career as an actress began in the 1970s and extended well into this century.


Early Friday morning, she passed away.


TMZ reports that Liz Sheridan passed away in her sleep at around 2:30 AM on Friday morning.


Reportedly, her passing came peacefully and from natural causes.


Her friend and manager Amanda Hendon has confirmed this sad news to other outlets. Liz is survived by her daughter and her son-in-law.


From 1993 to 1998, the entire run of Seinfeld, Liz Sheridan’s played the titular Jerry Seinfeld’s mother, Helen.


The show was a carousel of neuroses, and Helen was no exception — an eccentric character who worshiped her son and had “never set foot in a natural body of water.”


Liz played her masterfully right up through the finale of the hit sitcom, where she appeared watching the trial of the main characters.


As Helen, her catchphrase was “How could anyone not like him?” in reference to Jerry.


She was also known to intrude, joining Jerry and Morty’s calls.


Despite Helen and Morty’s retirement to Florida, they managed to be a part of their son’s life — and thus the show — season after season.


But Liz’s career, as we noted, spanned several decades.


She was also known for her role as the nosy neighbor on ALF.


In addition to film and television, she was a successful Broadway actress.


In fact, she wrote a book about it, titled Dizzy and Jimmy.


The book is being produced into a film. It is heartbreaking to think that she did not live to see it released.


In the 1950s, Liz was a go-go dancer, and found a lifelong joy in singing and performing.


She also appeared in innumerable one-off roles, from Sliders to Murder She Wrote, meaning that many people who don’t know her name still know her face and talent.


Just last year, in 2021, Liz appeared in a CNN retrospective documentary, History of the Sitcom.


Many consider it a toss-up whether Seinfeld or Friends is the more iconic sitcom to embody the 1990s.


There are other candidates (particularly shows that did not cater so specifically to white audiences), but many consider Seinfeld to be a show that defined a decade.


In that regard and in others, Liz will always be remembered. For now, she is mourned.