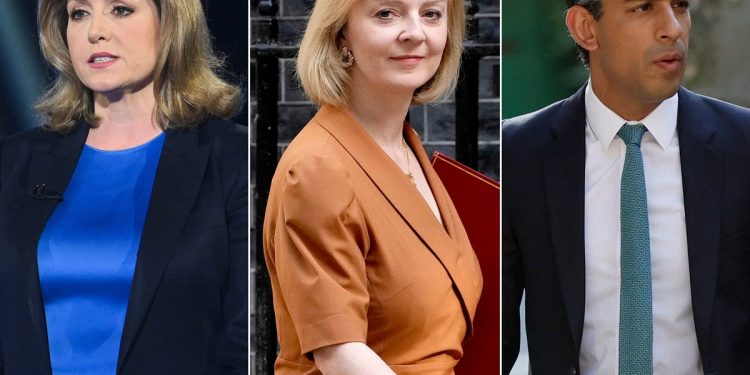 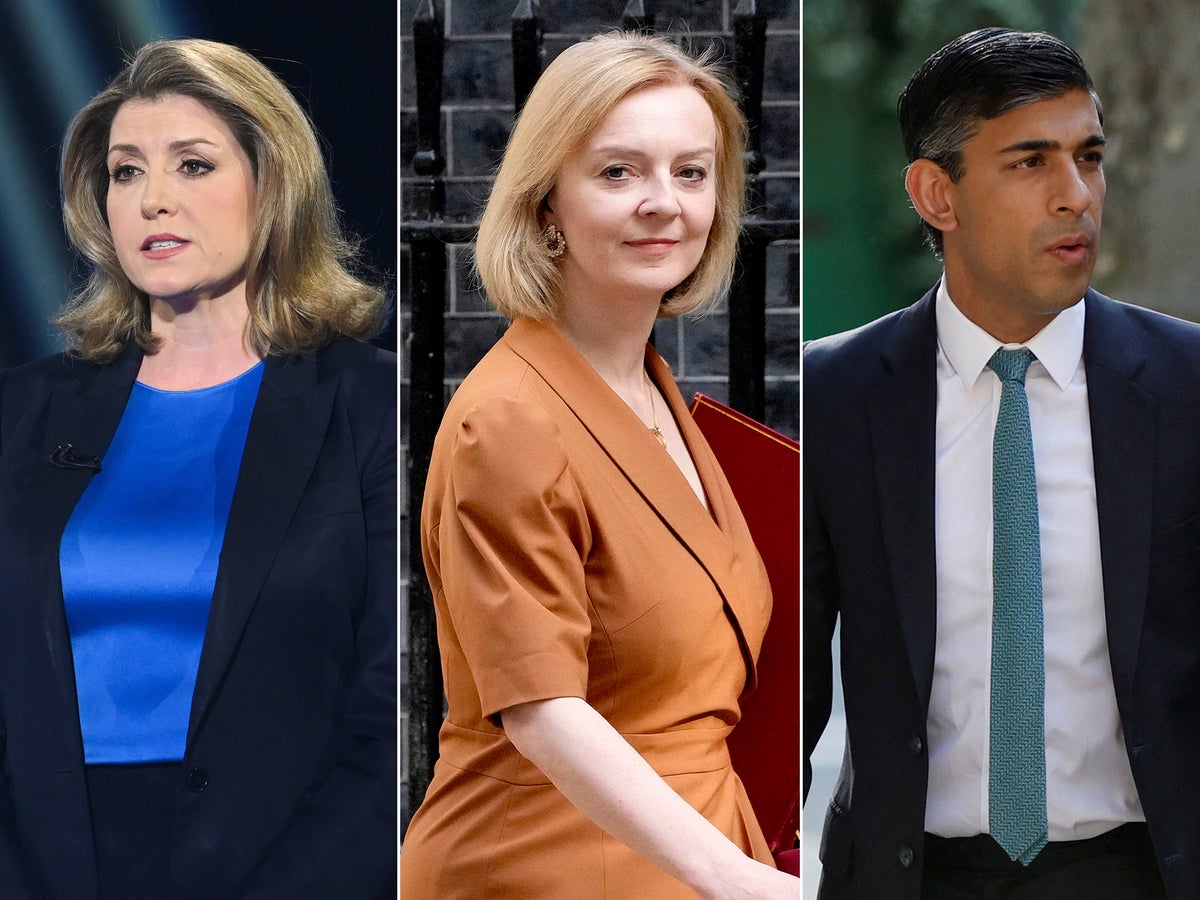 Liz Truss is now the bookies’ favourite to succeed Boris Johnson as prime minister, as the Tory leadership race approaches its final stages.

Despite receiving the lowest number of votes of the three candidates to survive Tuesday’s ballot of Conservative MPs, the foreign secretary narrowed the gap between her closest rival Penny Mordaunt to just six – gaining more new votes than her two remaining rivals combined.

Her campaign team is now hoping to hoover up support from backers of newly-eliminated rival Kemi Badenoch ahead of the fifth ballot on Wednesday. They are urging their colleagues to “unite behind a candidate who will govern in a Conservative way and who has shown she can deliver time and again”.

Rishi Sunak remained strides ahead of his rivals in the latest ballot of Tory MPs, falling just two votes shy of the 120 needed to secure his place in the final two.

But polling of party members – who will ultimately choose the victor – dealt something of a blow to his leadership prospects on Tuesday. Polling giant YouGov suggested the ex-chancellor would ultimately lose to Ms Truss, Ms Mordaunt and Ms Badenoch no matter which rival he faced in the last round.

The YouGov survey of 725 members predicted Ms Truss would beat Mr Sunak by 54 to 35 and Ms Mordaunt would beat him 51 to 37.

However, these margins have shifted in Mr Sunak’s favour in the past week, with the gap between himself and Ms Truss narrowing by five percentage points.

Nevertheless, the foreign secretary became the bookmakers’ favourite on Tuesday afternoon, with some betting websites even listing her as odds-on to become the next Tory leader.

While Ms Truss started the day with odds of 9/4 on Betfair Exchange, she later stormed into first place with odds of 6/5 – shorter than the 7/5 offered for Mr Sunak and 6/1 for Ms Mordaunt.

Coral placed Ms Truss at evens, while Mr Sunak was at 5/4 and Ms Mordaunt was at 7/1.

Paddypower and Bet365 both now believe the foreign secretary is more likely than not to win the race, putting her odds-on at 10/11.

“Despite Sunak remaining nailed on to make the final two, you can imagine he won’t want to face Truss after a YouGov poll taken by Conservative party members suggested the ex-chancellor would lose to the foreign secretary,” said Betfair spokesperson Sam Rosbottom.

Speculation remained over which candidate Mr Sunak would rather he face in the final two.

Tory MP Chris Skidmore claimed a showdown against the foreign secretary was “going to be the most feared contest, in terms of that will be a battle for ideas rather than a battle of personalities”.

Asked if Mr Runak would find it easier to go up against Ms Mordaunt, Mr Skidmore said: “It’s a question of competence and experience, and Rishi has those.”

But former minister David Davis was among several people accusing Mr Sunak’s team of “reallocating” votes to Ms Truss in order to improve his chances of victory in the final round.

The Tory MP, who is a key backer of Ms Mordaunt, told LBC on Tuesday night that it was the “the dirtiest campaign” he had ever seen, and revealed he had asked for an inquiry.

Hours earlier, a senior Sunak backer denied the ex-chancellor was “lending” votes to rivals as Ms Truss saw her vote share increase by 15, telling The Independent: “It’s entirely possible that individual MPs have chosen to vote tactically, but we are encouraging every colleague who supports Rishi to vote for him.”

Send us your cookery questions for Yotam Ottolenghi | Food

Send us your cookery questions for Yotam Ottolenghi | Food