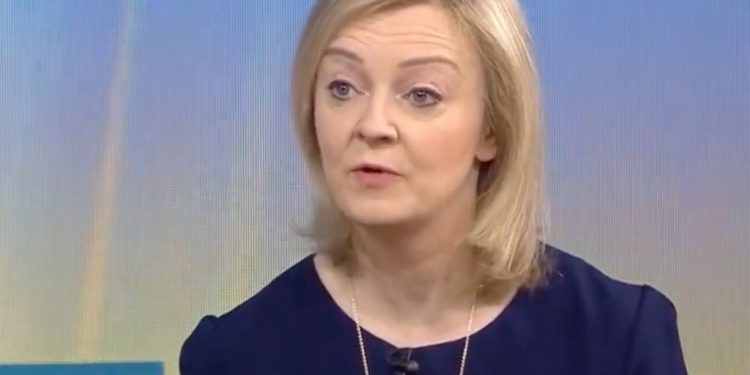 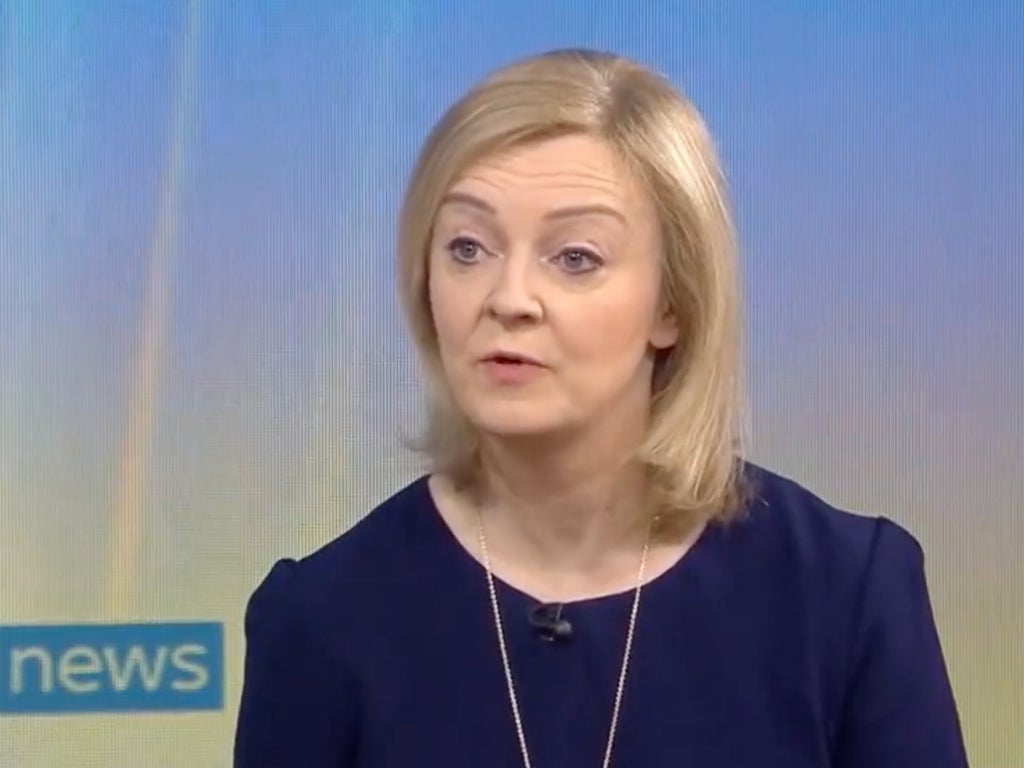 Liz Truss has refused to rule out slapping sanctions on Conservative Party donors with links to Russia, as the foreign secretary vowed to “inflict more pain” on Vladimir Putin’s regime.

The cabinet minister defended the “very serious package” of sanctions announced on Tuesday, despite widespread criticism from both Tory and Labour MPs that the measures do not go far enough.

Ms Truss said the UK has a “long list” of people complicit in the actions of the Russian leadership, who the government is willing to “turn up the heat” on unless Moscow pulls back its forces.

Asked the government was willing to impose sanctions on Tory donors, the foreign secretary told Sky News: “We are very clear that nothing is off the table, in terms of who we’re targeting … I don’t rule out anything.”

Grilled by host Kay Burley if the roughly £2m already donated by Russia-linked donors to the party would be given back, Ms Truss said: “All of the donations to the Conservative are declared from people who are on the electoral register in Britain.”

The foreign secretary said: “What we’re taking about is people … closely linked to Vladimir Putin’s regime.”

Ms Truss added: “There are many people who have moved from Russia to Britain who are not necessarily friends of Vladimir Putin, and who have become British citizens. That is a completely different matter to people who are close to Vladimir Putin who are backing his appalling regime.”

Asked on BBC Breakfast if she was embarrassed to have attended a diner with major Tory donor Lubov Chernukhin, wife of a former Russian minister, she replied: “No I am not.”

Boris Johnson faced criticism from all sides for not going far enough when he announced his clutch of measures – sanctions on five Russian banks and three individuals – on Tuesday.

Labour’s David Lammy has said the government needs to implement much stronger sanctions, telling BBC Breakfast a threshold had already been “breached” by the Russian move to recognise the independence of separatist regions in the Donbas.

The shadow foreign secretary said: “I think the mood of the entire House of Commons yesterday was that the government were not being strong enough …. backbenchers in the Conservative Party (are) hugely concerned that we’ve not been strong or hard enough.”

Mr Johnson had to admit that he was mistaken when he told MPs on Tuesday that the Russian billionaire and Chelsea FC owner Roman Abramovich was “already facing sanctions”.

Ms Truss said the PM had “misspoke” and “the record will be recorded”. Pressed on whether Mr Abramovich was one of those she would considering sanctioning, the foreign secretary said: “I’m not going to go into details into who is on our list for further sanctions.”

The foreign secretary insisted the UK was ready to “escalate” sanctions and “inflict further pain” in the likely event of a full-scale invasion.

Asked what a “full-scale invasion” would mean, Ms Truss said it would entail Russian troops moving into “other parts of Ukraine”, adding: “We will know it when we see it. We think it’s highly likely … What we are expecting is a full invasion, including Kyiv.”

Writing in The Timesthe foreign secretary said: “We have a long list of those complicit in the actions of the Russian leadership. Should Russia refuse to pull back its troops we can keep turning up the heat, targeting more banks, elites and companies of significance.”

Beyond financial sanctions, Ms Truss added the UK was willing to introduce “measures to limit Russia’s ability to trade and prohibit a range of high-tech exports, degrading the development of its military industrial base for years”.

The foreign secretary also said: “We’re clear that sovereign debt will not be able to be raised [in the UK] by the Russian government.”

However, the government would need additional legislation to limit sovereign debt sales in the UK. “Should Russia not de-escalate, the UK will shortly introduce legislation which will … prevent Russia from issuing sovereign debt on UK markets,” a Foreign Office statement said.

Ms Truss suggested the existing UK sanctions legislation should be enough to sanction members of the Russian parliament – as the government has vowed to do – but said legal work would still need to be done to make them “watertight”.

She told BBC Radio 4’s Today programme: “We need to make sure that any specific sanctions of individuals are watertight so they can’t be legally challenged.”

Ms Truss added: “So yes, we will work to do that over the coming weeks. But we do have the legislation in place. Any individual sanctions we put in place have to be legally watertight.”

How To Improve Your Business Website And Get More Traffic

8 dating red flags you need to look out for

8 dating red flags you need to look out for