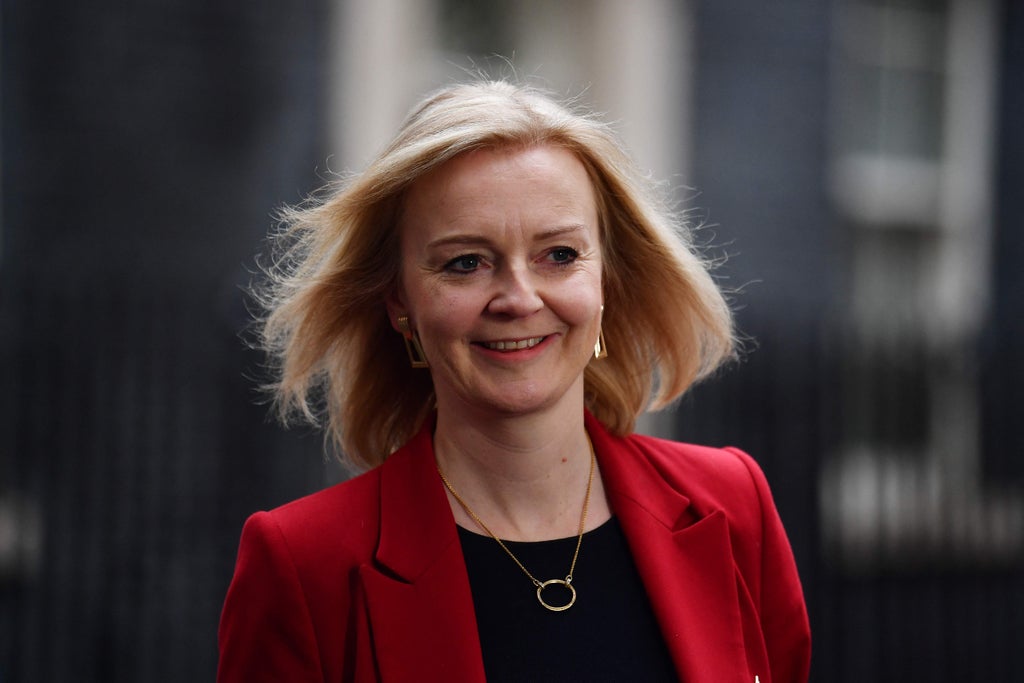 Foreign secretary Liz Truss has been drafted in to take over negotiations with the EU on the Northern Ireland protocol following the dramatic resignation of Lord Frost.

The cabinet minister, who is widely seen as a possible contender in a future Tory leadership race, will be given an expanded brief, taking responsibility for the UK’s relationship with the bloc with immediate effect, No 10 announced.

Ms Truss’s appointment came after Lord Frost triggered a fresh crisis for Boris Johnson as it emerged on Saturday evening he had quit his post as Brexit minister, citing the “current direction of travel” of the government.

In a blow to Mr Johnson, who suffered the largest rebellion of his premiership and a historic by-election loss this week, the former minister also voiced concerns over “coercive” Covid measures and the wish for the UK to become a “lightly regulated, low-tax” economy in his letter to No 10 on Saturday evening.

His resignation, which resulted in fresh recriminations among Conservative MPs in leaked WhatsApp messages, was described as a “disaster” by one backbencher.

The appointment of Ms Truss, who has consistently topped surveys as the most popular cabinet minister among the Tory faithful, will be seen as an attempt by Mr Johnson to stabilise his administration after weeks of turmoil on multiple fronts.

Ms Truss, who was a prominent member of the Remain campaign during the 2016 EU referendum, will now become the UK’s co-chair of the Partnership Council and the Joint Committee, and will lead the ongoing negotiations to resolve the problems arising from the current operation of the Northern Ireland protocol, a statement said.

She will continue to hold her existing responsibilities as foreign secretary and minister for women and equalities.

European Commission vice-president Maros Sefcovic said he hoped to continue negotiations with Ms Truss in the “same constructive spirit”, posting on his Twitter account: “I take note of the appointment of Liz Truss as co-chair of the Joint Committee and Partnership Council.

“My team and I will continue to cooperate with the UK in the same constructive spirit on all important tasks ahead, including the Protocol on Ireland/Northern Ireland.”

Downing Street added that Chris Heaton-Harris – previously a minister in the Department for Transport – will now become minister for Europe.

In his resignation letter last night, Lord Frost told the prime minister he was disappointed about Covid restrictions, warning him not to be “tempted by the kind of coercive measures we have seen elsewhere”, but also hinted at other issues, saying: “You know my concerns about the current direction of travel.”

The cabinet minister, who Mr Johnson had elevated to the Lords, helped negotiate the Brexit agreement and in recent months has been instrumental in negotiations with the EU over the Northern Ireland protocol.

Earlier Sajid Javid, the health secretary, defended the prime minister after Lord Frost’s resignation, telling Sky News: “I think Boris Johnson is the best person to take us through the challenges the country faces.”

However Mr Javid, who resigned as chancellor in February 2020 in a row with No 10 over the appointment of his adviser before returning to cabinet in the summer, said he understood the reasons behind Lord Frost’s resignation and called him a “principled” man.