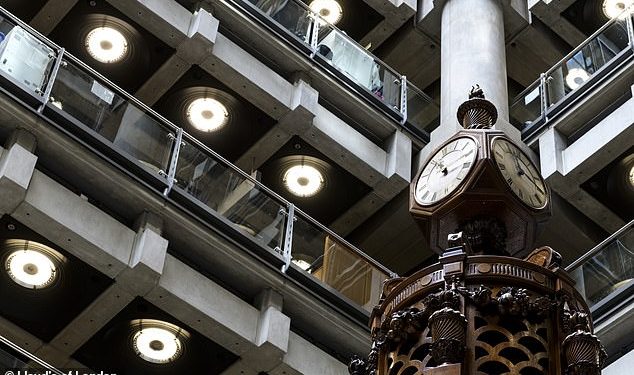 Lloyd’s of London has said the war in Ukraine will not create solvency problems but will constitute a ‘major claim’ to the insurance and reinsurance market this year.

The corporation revealed that Ukraine, Belarus and Russia represent under 1 per cent of all underwritten premiums, so the total level of claims is expected to ‘fall within manageable tolerances.’

Insurers are preparing for billions of pounds in claims relating to the conflict in Eastern Europe from damaged buildings, grounded and cancelled airline flights, and cyber attacks, amongst other harms. 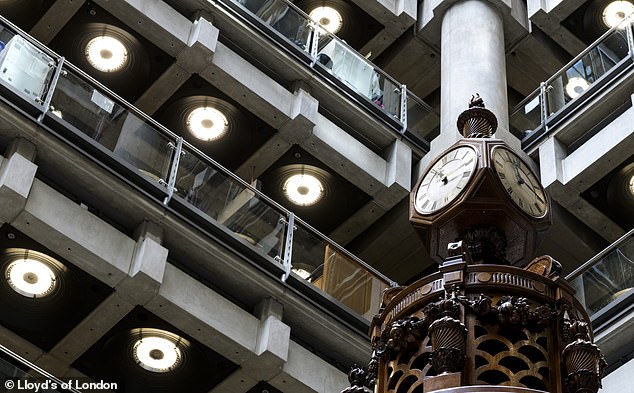 Recovery: Lloyd’s of London reported rebounding to a pre-tax profit of £2.3billion last year after the coronavirus pandemic caused them an £877million loss in the prior 12 months

A report last week by the Financial Times suggested that Lloyd’s could have to pay out between $1billion and $4billion, a figure which the group refused to confirm or deny.

Lloyd’s admitted today that the war would have long-term effects on its balance sheet and performance from the underwriting exposure arising from sanctions, exposure within investment portfolios and the impact on operations.

But while it said that the war’s monetary impact on the firm was tough to predict, it added there were currently no signs that the conflict would prevent them from meeting financial obligations or regulatory capital requirements.

It came as Lloyd’s reported rebounding to a pre-tax profit of £2.3billion last year after the high number of event cancellations and business interruption costs caused by the coronavirus pandemic led to an £877million loss in the prior 12 months.

The insurance marketplace also announced making an underwriting profit of £1.7billion, compared to a £2.7billion deficit in the previous year, as it benefited from a fall in claims for catastrophic events like hurricanes and wildfires.

This helped its combined operating ratio, a measure of general insurance underwriting profitability, register an improvement from 110.3 per cent in 2020 to 93.5 per cent last year. A level below 100 per cent denotes a profit. 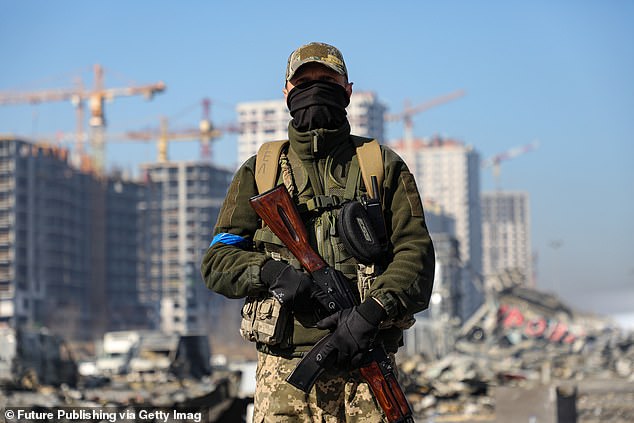 Conflict: Insurers are preparing for billions of pounds in claims relating to the Ukraine War from damaged buildings, grounded airline flights and cyber attacks, amongst other harms

At the same time, total gross written premiums surged by £3.75billion to £39.2billion thanks to much greater demand for the reinsurance and casualty lines, offsetting reduced premiums within the energy and marine, aviation and transport lines.

John Neal, chief executive of Lloyd’s, said: ‘In a world buffeted by increasingly complex and connected risks – from the pandemic to a geopolitical conflict – the Lloyd’s market is standing by its customers and supporting their recovery when things go wrong.

‘Against this backdrop, I’m pleased to see the market return to profitability following the decisive action taken in recent years to improve performance.

‘The market’s underwriting discipline will enable sustainable profitability in the years to come, coupled with a balance sheet that can support our ambition to grow profitably.’

Based in the City of London in a building designed by the late Richard Rogers, Lloyd’s has struggled with a series of losses in recent years resulting from natural disasters and stronger competition, alongside the emergence of Covid-19.

The group has also had to deal with harassment and bullying scandals. Last week, it doled out its largest ever fine against a syndicate member for behaviour that included inappropriate remarks made about female employees at a ‘Boys’ Night Out.’