The Australian television industry will tonight celebrate the best in the business for the first Logie awards in three years.

Keep up to date with the latest details, from the red carpet to the big winners, in our live blog.

Here’s the latest from Heidi Sheehan:

A couple of the Gold Logie nominees have started rolling up to the red carpet. Hamish Blake and Zoe Foster-Blake are here.

They agree that the Gold Coast is the best spot to hold they Logies.

“Love Melbourne – born and bred Melbourne but this feels – this is a holiday,” Hamish said.

“This does feel like a holiday and it’s an award ceremony so that makes it extra fun.”

Hamish and Zoe say they went for a stroll this morning and saw whales. 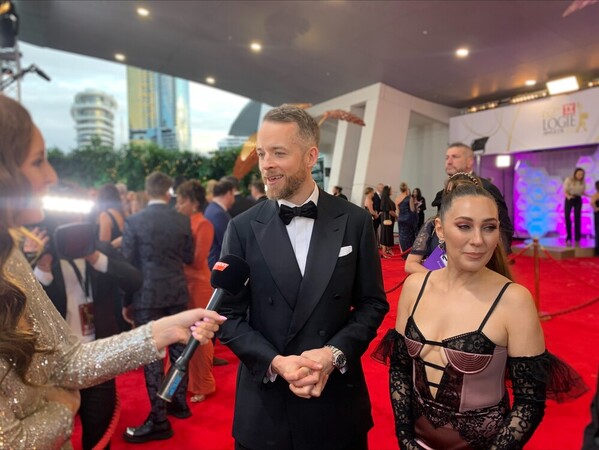 Who is up for the Gold Logie?

There’s seven nominees for the Gold Logie tonight, including Tom Gleeson who won the award.

There’s talk Hamish might have this one in the bag. What do you think?

Here’s the latest from Heidi Sheehan who’s reporting on the ground for us tonight:

I’m Heidi Sheehan – I’m reporting for the ABC from the red carpet at the Gold Coast Convention Centre, for the first time the Logie Awards have been held since 2019. 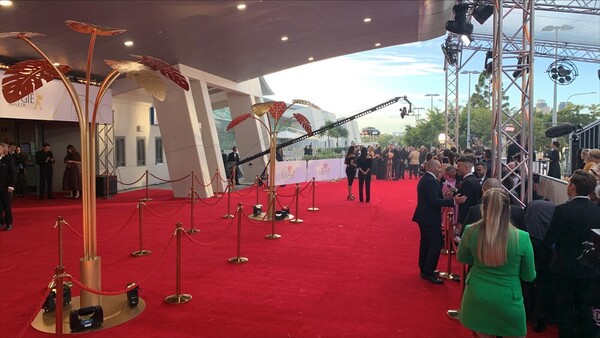 The Silver Logie for most popular presenter has been renamed the Bert Newton Award to honour the Logies Hall of Fame inductee. Bert passed away last October but won four Gold Logie awards and hosted the ceremony 20 times. His wife Patti will hand out the award.

There has also been a brand new award introduced this year, that’s a Silver Logie for most popular Australian actor or actress in an international program.

Nominees include Jackie Weaver for her work in Yellowstone and Murray Bartlett for his role in The White Lotus.

Strap yourself in, it’s Logies night!

Good evening, I’m Shiloh Payne and I’ll be taking you on a journey of Aussie glitz and glam tonight as the TV WEEK Logie Awards is celebrated on the Gold Coast.

We’ll start with the red carpet this evening before the awards ceremony starts around 7.30pm.

The night will be jam packed with celebrity performances as we celebrate the most notable in Australian TV.

I want to hear your thoughts and questions throughout the night so please get in touch via the comment button.

There are a couple of changes to the awards this year, so let’s start there.