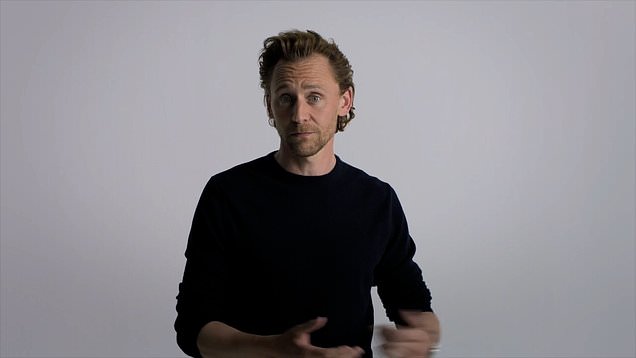 Just when we thought the God of Mischief could fool us no longer… he turns around and reveals that the release date for Marvel’s upcoming Loki series on Disney Plus has changed.

Following the conclusion of The Falcon and The Winter Soldier, MCU fans are waited in eager anticipation for the company’s next big release – Loki, starring Tom Hiddleston in the titular role.

For ages we’ve had Friday June 11 marked on our calendars as the big day… until the lead actor revealed that the premiere date has been altered ever so slightly.

In a new video, Tom, who first portrayed the trickster in the 2011 film Thor, disrupts an Avengers compilation, stating: ‘Hi, hello, it’s me, it’s Tom. Look, I’m sorry to interrupt, it’s just I’ve noticed that in these long superhero montages, Loki tends to get a bit left out, even though arguably he’s incredibly heroic himself, cunning, charming…

‘I could go on, but maybe why don’t I just prove it to you. Wednesdays are the new Fridays.’

And with that statement, it was revealed that Loki will no longer launch on Friday June 11, but instead two days earlier on Wednesday June 9. Oh Loki, you wily thing you!

Not only is Loki going to start two days earlier than expected, but the series will also release new episodes on a weekly basis on the same day.

As Tom said, Wednesdays are now the new Fridays… and Loki was never one to follow the crowd.

Loki’s eponymous series will follow Thor’s adopted brother after the events of Avengers: Endgame, when the 2012 version of the character stole the Tesseract and transported himself away from the clutches of the Avengers.

In doing so, he created a glitch in the timeline, which the Time Variance Authority (TVA) has brought him in to help fix.

Members of the TVA that Loki becomes acquainted with include Mobius M Mobius (Owen Wilson) and Ravonna Lexus Renslayer (Gugu Mbatha Raw), neither of whom fully trust him… with good reason.

The trailers have provided insights as to what fans can expect to see during Loki’s time travelling escapades, including a brush with someone who appears to be Lady Loki and and a version of New York seemingly utterly destroyed.

And this new announcement means we’re two days closer to losing ourselves in Loki’s world. Bring it on!

Loki is set to premiere on Wednesday June 9 on Disney Plus.