Long lost railway station at Chirk to be rebuilt 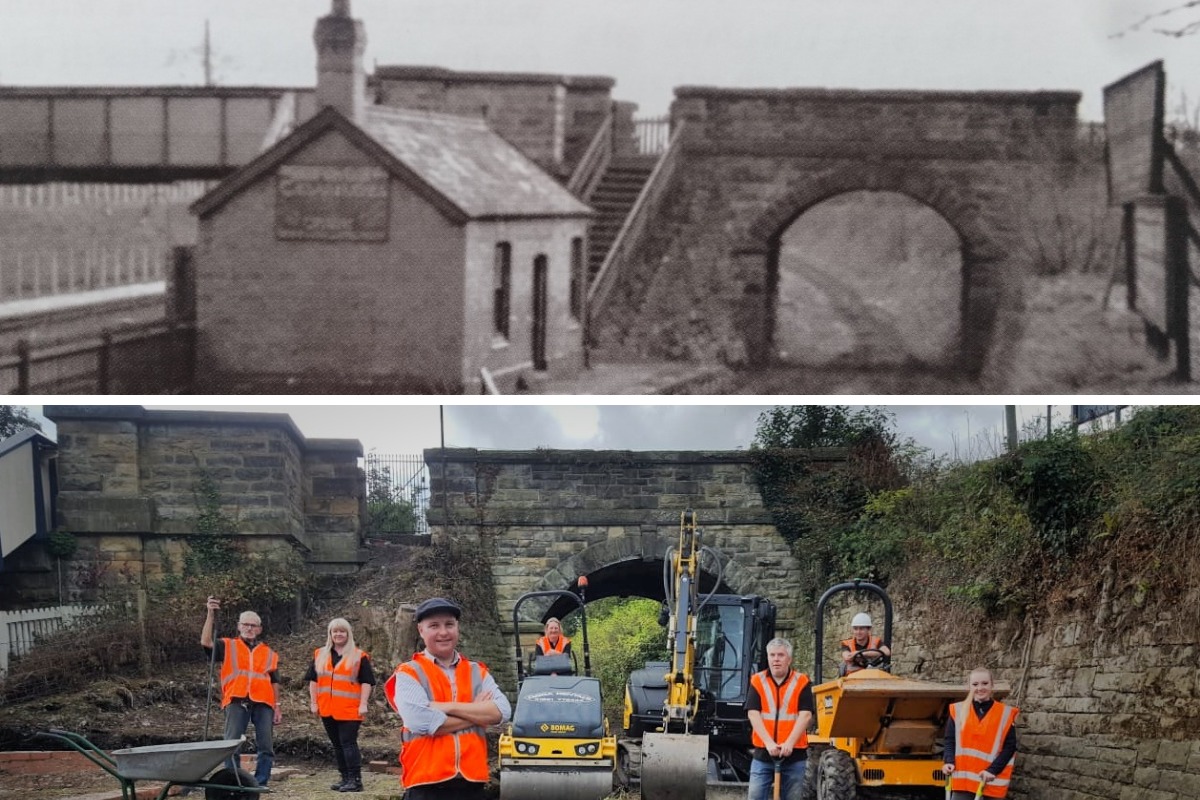 The Glyn Valley Tramway Trust is aiming to raise £250,000 to rebuild a long-lost narrow-gauge station building and platform at Chirk.

‘All Change At Chirk’ is an appeal to rebuild the station and start a ‘fighting fund’ for asset purchases, such as further track bed and land.

The station’s retaining wall will have to be rebuild for safety reasons before the reconstruction of the station.

This will give the Glyn Valley Tramway Trust an official home. Looking down on to the platform from the road bridge, the remnants of the station building can currently still be seen.

This has been surveyed by a Council buildings inspector and the green light has been given for it to be reused. Once the station building is completed, a ‘donations wall’ will be created. This will record the trusts thanks to all donations having made this project possible and will list donors contributing £150 or more. A donation can be made in someone’s name or in memory of and all donations will be appreciated.

Reconstruction of the platform will be the third another major task. Many of the platform edging stones are missing and will require new stone to be cut. Talks with Network Rail are now at an advanced stage to reinstate this access.

Originally, Chirk station had a single width gateway to gain access to the tramway. The trust is intending to install two access points, one being close to the original and a second gate will be installed close to Network Rail’s disabled access ramp and footbridge. Both gates will be double width to comply with the regulations. Finally, a demonstration track can then be laid.

The debate of which gauge to use continues but the first gauge install will be 2’6″. This is so the trust can move an ex Royal Naval Armaments Depot box van from a neighbouring property. This box van will provide vital storage for the Glyn Vally Tramway Trust and one idea is to later turn this into a shop.

The tracks will then be re-gauged to 2’3″ to accommodate two surviving GVT carriages which were rescued from fate by John Milner, who later became an author and has produced many detailed books on the GVT. The carriages now reside at the Talyllyn Railway and have also been re-gauged to 2’3″ with hopeful plans to one day get them to Chirk.

For anyone wishing to join the volunteers at Chirk, please email: contact@glynvalleytramwaytrust.co.uk

18 Inconvenient Truths About Assessment Of Learning

Chicken ala King – Spend With Pennies