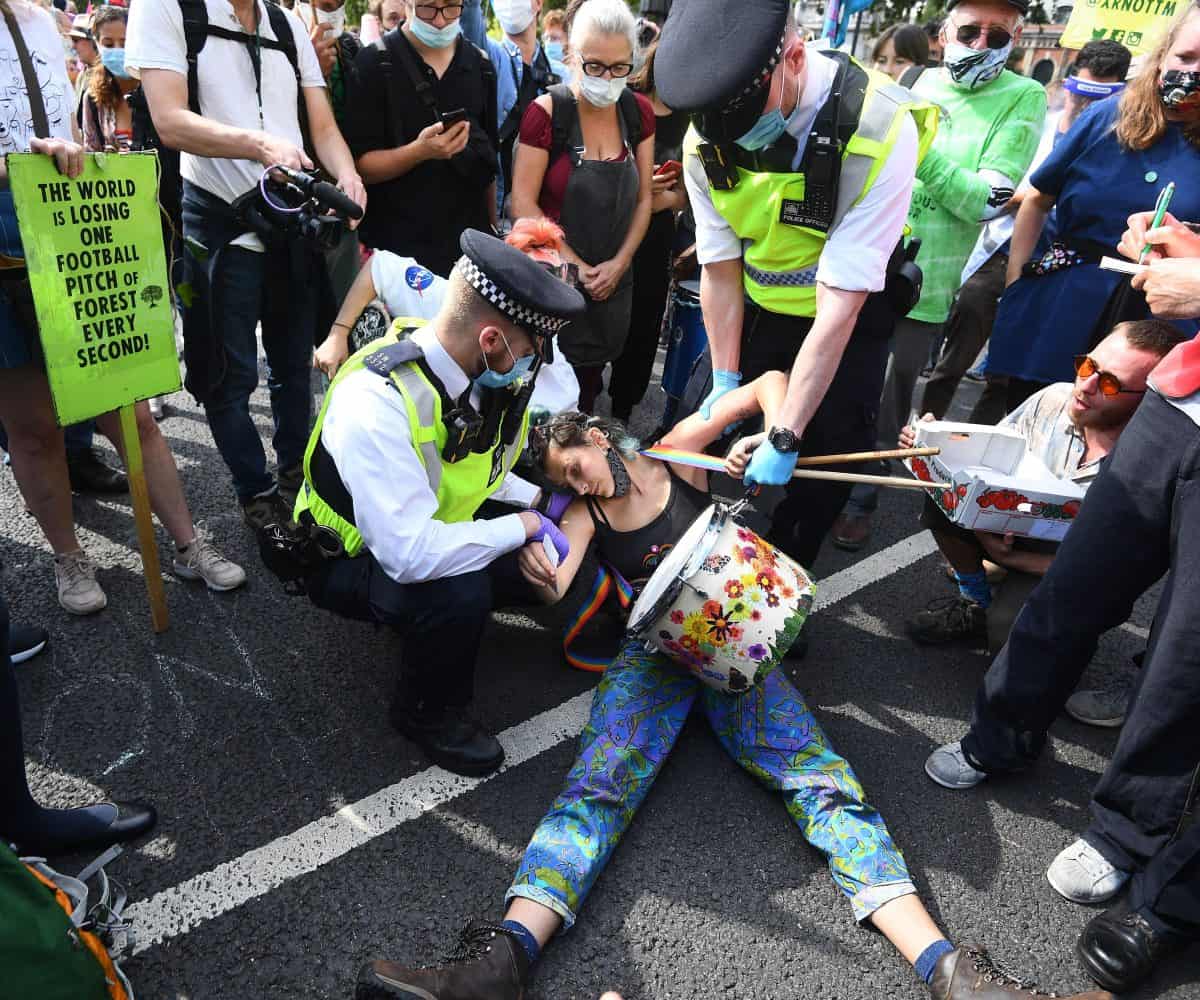 Chris Philp, the minister responsible for sentencing, said that research had proven that the likelihood of being caught and punished was much more significant in preventing crime than the length of a jail sentence.

Asking a question in parliament about the extent to which longer sentences act as a deterrent, he said: “The evidence is mixed, although harsher sentencing tends to be associated with limited or no general deterrent effect. Increases in the certainty of apprehension and punishment have consistently been found to have a deterrent effect.”

Philp’s comments run in stark contrast with the measures included in the Police, Crime, Sentencing and Courts Bill – which will impose longer sentences for a number of offences, including lower level crimes.

The maximum penalty for causing criminal damage to a memorial or status is to be elevated from three months to ten years – and the bill will double the maximum sentence for breaching the conditions police impose on protests, as part of an effort to crack down on the disruptive efforts of groups like Extinction Rebellion.

That has led critics to accuse the government of attempting to “silence dissent”, suggesting that ministers want to “clamp down hard on the right to protest”.

In a statement, the Good Law Project – which has instructed a barrister to provide written advice on the government’s plans – described the measures as “disproportionate”, adding that they risked “undermining the freedom of assembly and association protected under the European Convention on Human Rights and the Human Rights Act.”

The not-for-profit group continued: “The Bill as it stands would give sweeping new powers to the police to restrict peaceful protests – including by giving them the powers to set conditions on the duration of protests, set maximum noise levels, and put restrictions on where protests can take place.

“As it seems to us, the very purpose of the right to protest is to enable people to register their profound unhappiness or strength of feeling in a way which compels the State to respond. To legislate so that right cannot have any impact is to legislate it out of meaningful existence.”

The Ministry of Justice has insisted that increasing sentences is a way of protecting the public and punishing criminals. A source told the Times: “Sentencing isn’t all about deterrence. People who are in prison don’t pose a threat to the public and a strong punitive element to sentencing is crucial in maintaining public confidence in the criminal justice system.”

But prison reform campaigners jumped on Philp’s comments – and questioned why the government is going ahead with controversial plans, which they said would exert further pressure on Britain’s already-stretched prison service.

Peter Dawson, director of the Prison Reform Trust, said: “With prisons in the grip of an unprecedented operational crisis, this bill will make it even less likely that they will achieve the standards of decency and humanity to which the government claims to be committed.”

Frances Crook, chief executive of the Howard League for Penal Reform, said: “Everyone wants to see less crime, but even the Ministry of Justice’s own research has shown that this will not be achieved by making sentences longer.”