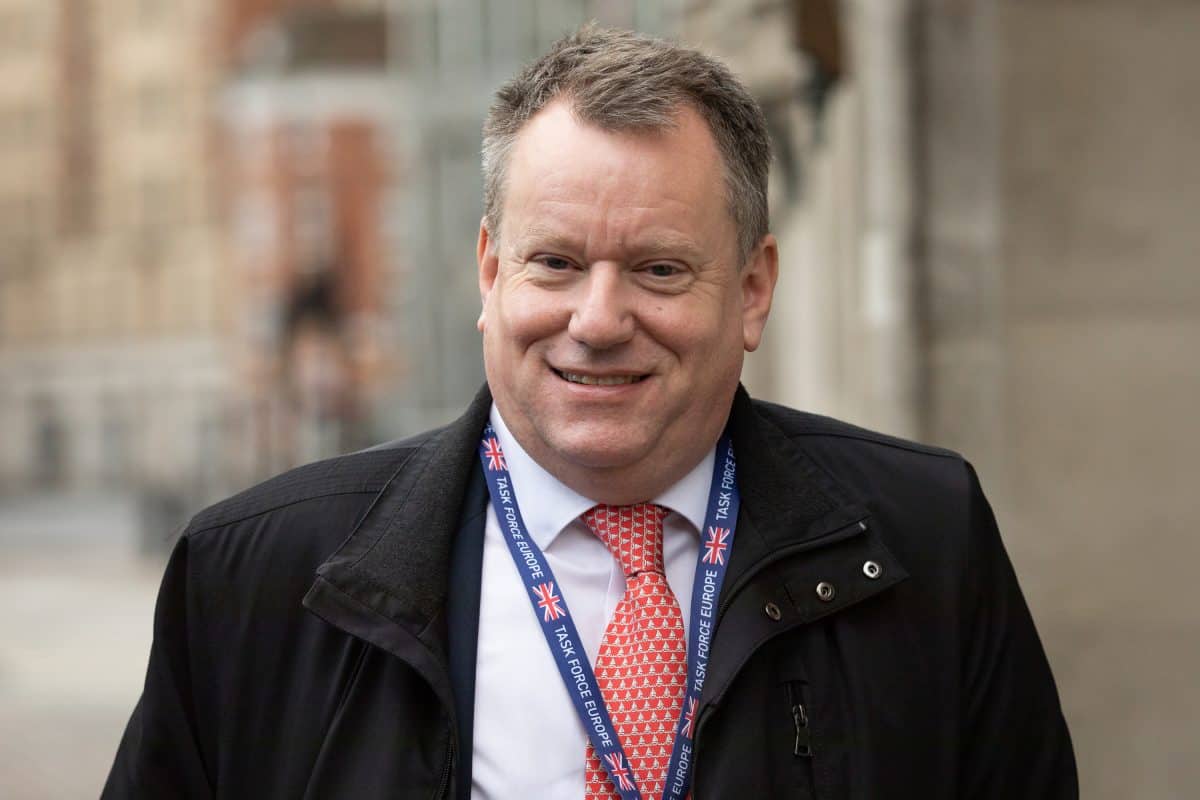 Lord Frost has warned that the UK could soon take drastic action over the Brexit deal which he agreed, because of concerns about violence and discord in Northern Ireland.

Urging the European Union to “stop the point-scoring and work with us” to “rapidly” find new solutions to end border checks on goods crossing the Irish Sea – which, he claims, make “no sense”.

Writing in the Mail on Sunday, Lord Frost – the Brexit minister – said that ministers continue to “consider all our options” – and said the situation caused by the Northern Ireland Protocol “cannot be sustained for long”.

Admitting that the government “did not anticipate” issues with checks when signing the protocol, Lord Frost said “I totally understand” the anxiety of unionists.

“Protests have been occurring and political stability is at risk. Our overriding aim has always been to protect the Belfast (Good Friday) Agreement. If the protocol is not protecting it, it is not working,” he said. “The EU need, rapidly, to find a new approach and new solutions.

“If the protocol operates so as to damage the political, social, or economic fabric of life in Northern Ireland, then that situation cannot be sustained for long.

“We are responsible for protecting the peace and prosperity of everyone in Northern Ireland and we will continue to consider all our options for doing so.”

Lord Frost’s intervention comes days after it emerged that Northern Ireland will miss out on a new cancer drug license for use in Britain, in the first evidence Brexit has drawn a hard border for medicines down the Irish Sea.

UK regulators last week approved osimertinib as a treatment for patients with early stage lung cancer, as part of a global effort to fast-track the most promising drugs.

But, under the terms of the Brexit deal, drugs like osimertinib – which can improve survival rates by up to 75 per cent – are excluded from use in Northern Ireland, because it has not been approved by the European Medicines Agency.

One government source told The Times the issue was a “significant concern”, as it could impact more drugs – and increase unionist anger at the controversial Northern Ireland protocol.

“The people of Northern Ireland must have the same access to the full range of medicines as anyone else in the rest of the UK,” another told the newspaper.

“Solutions to such challenges need to be found urgently. We have been calling on the EU to show the flexibility and pragmatism required to reach permanent solutions.”

Jim Allister, leader of the Traditional Unionist Voice party, said people would now see that the protocol was “literally bad for your health”.

“When a life-giving cancer drug is prohibited in Northern Ireland, because we have been left under the control of the EU Medicines Agency and denied what our fellow UK citizens can avail of, then the iniquity of the protocol is plain for all to see,” he said.

Asylum seekers with cases closed under Trump can enter U.S. to pursue claims