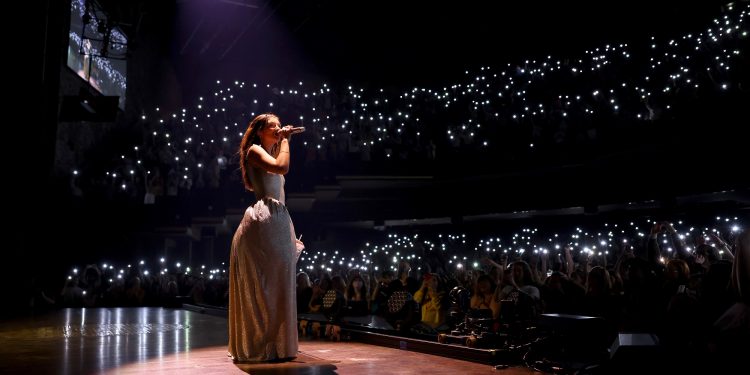 
Lorde has showcased several songs from her new album ‘Solar Power’ as she kicked off her 2022 world tour in Nashville.

The New Zealand singer-songwriter premiered a number of tracks from her third studio LP at the Grand Ole Opry House including opener ‘The Path’, ‘Mood Ring’, ‘Hold No Grudge’ and ‘Oceanic Feeling’. You can view footage and pictures below.

Lorde also performed the album’s title track as well as ‘Stoned At The Nail Salon’, ‘Fallen Fruit’, ‘California’, ‘Secrets From A Girl (Who’s Seen It All)’ and a piano driven version of ‘Dominoes’.

The gig kickstarted her world tour in North America which will wrap up at the Santa Barbara Bowl on May 7. You can purchase tickets for her remaining dates here.

Lorde playing “Oceanic Feeling” in Nashville. That’s my favorite ending track to all of her albums since the first listen. #solarpowerworldtour pic.twitter.com/i9fsEZ0n0q

She will also play shows in the UK, Europe and beyond – head here for the full list of dates and purchase your tickets here.

NME gave ‘Solar Power’ five stars upon its release in August 2021, writing that the follow-up to 2017’s ‘Melodrama’ “continues her winning streak, as she blazes a trail through the pop landscape with a beautiful paean to nature”.

You can view Lorde’s full list of tour dates below: