Lorenzo Musetti and Martina Trevisan put Team Italy on the brink of the Brisbane City Finals at the United Cup on Monday with tight wins against Team Norway.

Musetti handed his country a 2-0 lead when he clawed past World No. 343 Viktor Durasovic 7-6(7), 6-2. The Italian faced set point at 6/7 in the first-set tie-break, but Durasovic was unable to control a backhand passing shot up the line.

From there, two-time ATP Tour titlist Musetti found his form and rolled to a one-hour, 48-minute victory.

It was Musetti’s second win of the United Cup, having also defeated Brazil’s Felipe Meligeni Alves. The 20-year-old is at a career-high No. 23 in the Pepperstone ATP Rankings.

Matteo Berrettini has a chance to clinch the tie and victory in Group E for Italy when he plays World No. 3 Casper Ruud on Tuesday. If Norway manages a stunning comeback, Brazil will top the group and advance to the Brisbane City Finals. 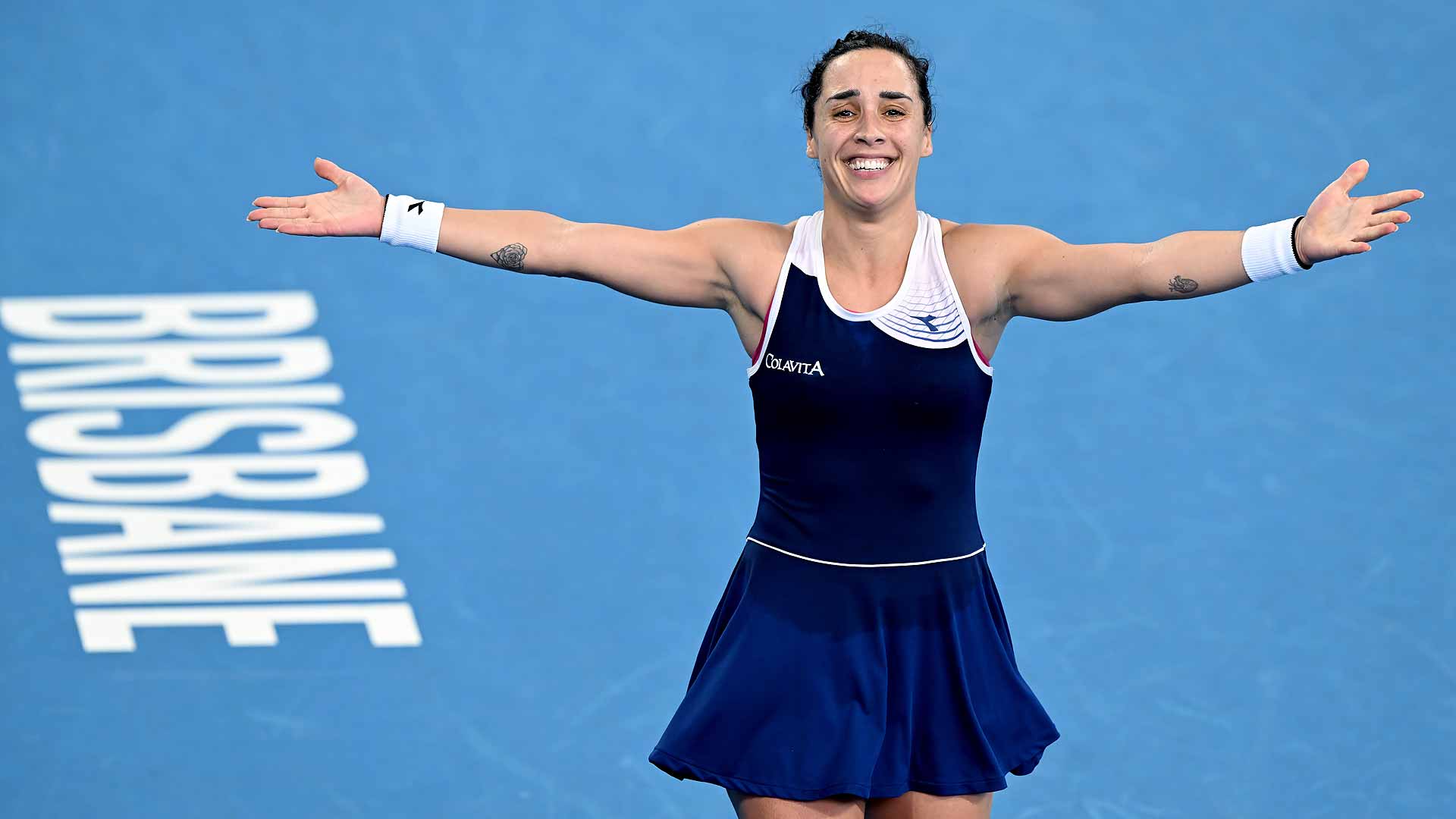 In the first match of the day on Pat Rafter Arena, World No. 27 Martina Trevisan fought off an inspired performance from World No. 321 Malene Helgo. The 29-year-old Italian needed more than three hours to dispatch the Norwegian, winning 7-5, 3-6, 6-4 to post her first win of the season.

Having defeated Brazil 3-2 in its opening tie, Italy needs a victory over Norway to advance to the Brisbane City Finals. If Norway can engineer an upset over the fifth seeds, Brazil will finish at the top of Group E and advance to Wednesday’s City Finals.

Helgo, who made her WTA Tour debut in her opening loss to Brazil’s Beatriz Haddad Maia, gave the heavily favoured Italians a scare. Behind her phenomenal ball-striking from the baseline, the 23-year-old played well above her sub-300 ranking to build an early 5-2 lead over Trevisan.

But the 2022 French Open semi-finalist dug in to pull off a gritty comeback to take the opening set. Trevisan used her physicality and court vision to extend the points and shrink the court for Helgo, who began to misfire under pressure. The Italian saved two set points en route to running off five consecutive games to take the first set.

Undeterred, Helgo again built an early lead on the Italian veteran in the second set. This time she would not relinquish it. The final set was another see-saw set, as Helgo clawed her way back from a 4-1 deficit to level at 4-4 before Trevisan broke her one last time to seal the hard-fought win after three hours and two minutes.