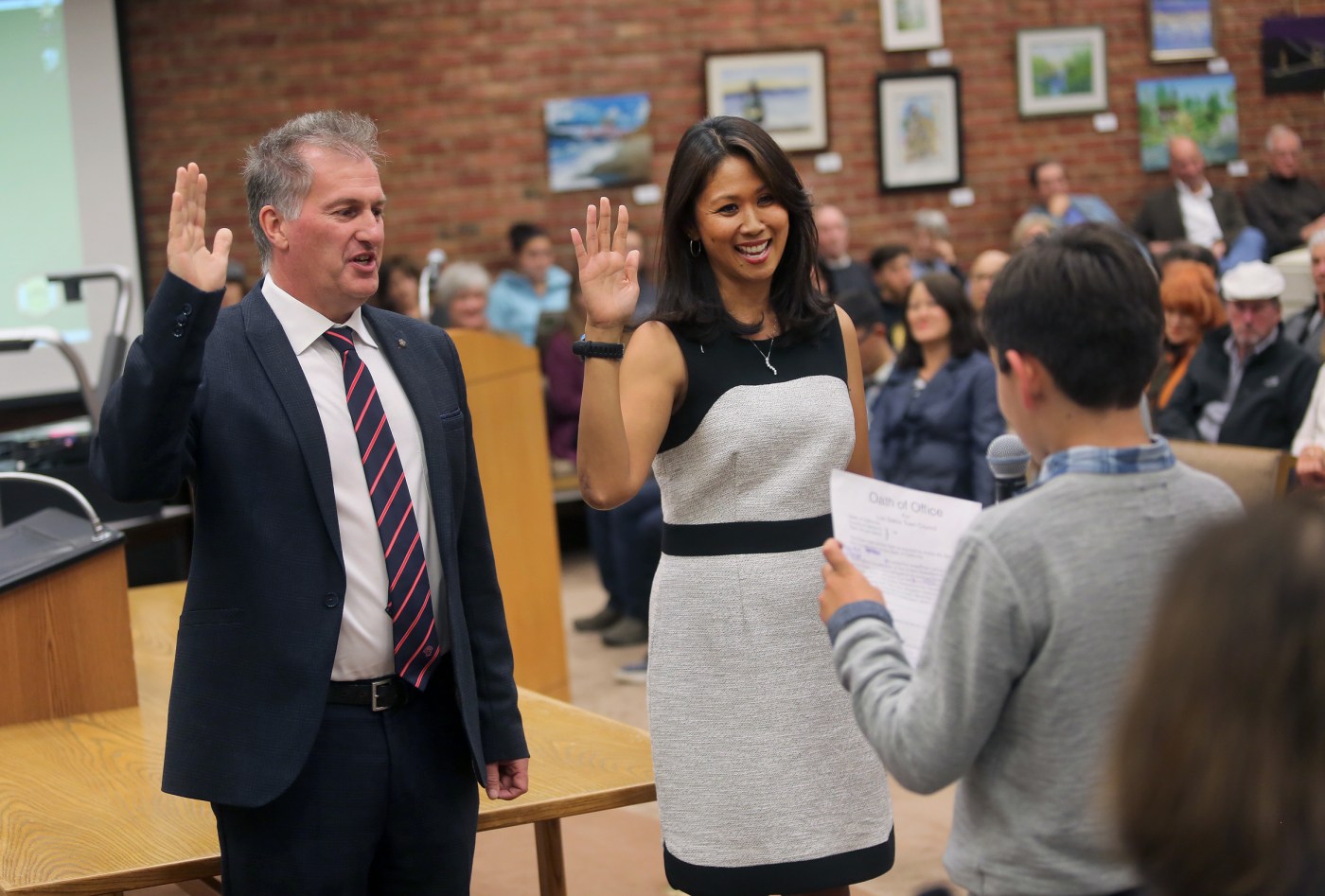 LOS GATOS – A group of protesters who disrupted a Town Council meeting earlier this month gathered outside the homes of Mayor Marico Sayoc and Vice Mayor Rob Rennie during Tuesday evening’s virtual council meeting, Rennie announced during the session.

Over the last year, the small faction of residents has spoken out at council meetings – and more recently in front of the mayor’s home – against critical race theory, Black Lives Matter and members of the LGBTQ community. Tensions boiled over at the Oct. 5 in-person council meeting when the protesters lodged personal attacks against Sayoc’s family, prompting a shouting exchange between them and the mayor’s husband, Jeffrey Scott.

One of the protesters at the meeting, Cyndi Sheehan, subsequently filed a temporary restraining order in Santa Clara County Superior Court against Scott, who she alleged threatened to kill her. The order was granted on Oct. 14.

During the meeting, town attorney Robert Schultz said he told police to cite anyone in violation of a rule that prohibits picketing at a residence — a misdemeanor. Police showed up at the homes to disperse the protesters, according to a source. A spokesperson with the Los Gatos-Monte Sereno Police Department said they are investigating the matter, but did not elaborate.

At Sayoc’s request, the council voted unanimously to strengthen the town’s picketing law to bar protests within 300 feet of a home. The item was on the agenda because of previous protests at the mayor’s home.

Schultz noted the law is “content neutral” and only restricts the time, place and manner of picketing, thus withstanding the First Amendment legal test.

A large number of...

Corbyn may be banned from standing for Labour, Starmer says