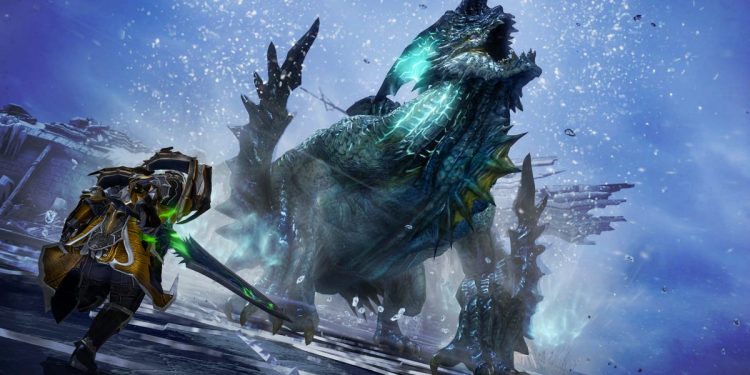 Lost Ark has become one of the very few games on Steam to reach over 1 million concurrent players. Not only that, but the Diablo-like MMO has now surpassed DOTA 2 to become one of the most played games in the entire history of Steam.

Originally Lost Ark, a free-to-play ARPGMMO, was released in South Korea back in 2019 for PC. After finding huge success there, Lost Ark publisher Smilegate partnered with Amazon to bring the hit game to the US and Europe. It launched in a paid early access period a few days ago, before its official free-to-play release. And even with a paywall in front, it was still able to rack up over 500,000 players in a few hours, becoming one of the most popular new games on Steam.

Now, after some shaky launch day issues and server problems, Lost Ark is officially out for everyone for free. And it seems a lot of people are excited to jump in and play. Currently, as I’m writing this, Lost Ark has reached 1,297,896 players, surpassing DOTA 2′s highest concurrent player number on Steam of 1,295,114. That now makes it the third most played game in Steam history based on active concurrent players.

Lost Ark has now surpassed CS:GO’s concurrent player record of 1,308,963 players. It now has the second-highest number of active players ever recorded n the platform.

It now resides right behind Counter-Strike Global Offensive and its record of 1.3 million concurrent players. It seems very possible that Lost Ark will end up passing by that number, too. Though it seems nearly impossible that it will be able to break the incredible concurrent player record set by PUBG back when it was the hottest game in the world. Its record still stands at just over 3.2 million players. I doubt Lost Ark exceeds that, but only time will tell.

If you want to know more about what Lost Ark is, you can read my recently published impressions of the game first 12 hours. I came away impressed by how great its combat felt and how it merged common MMO features with ARPG-mechanics. The overall narrative is a bit boring, but you’ll probably be listening to a podcast while you play this game anyway, so who cares about that.