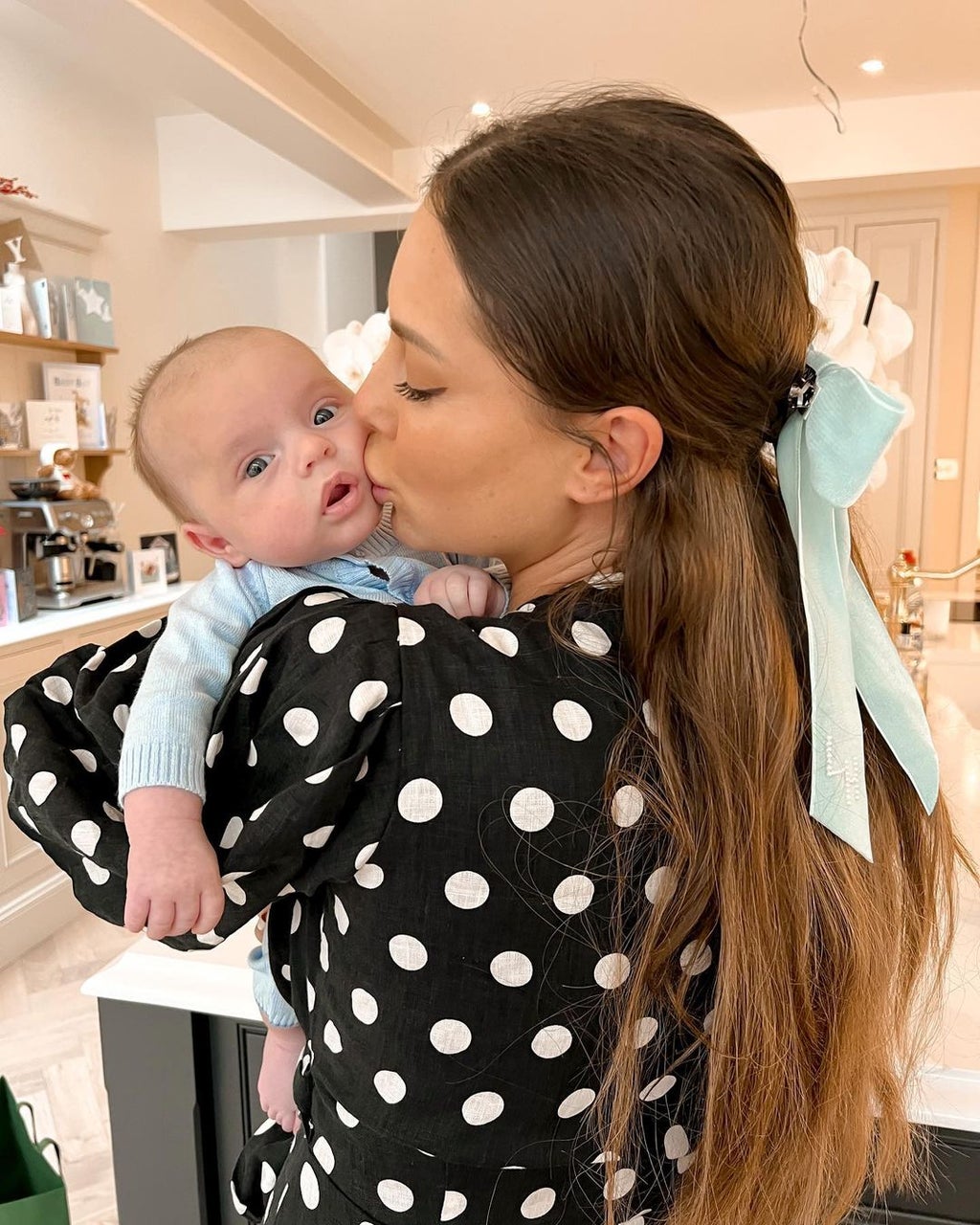 Louise Thompson has shared her first photographs of her newborn son following their first Christmas together.

The former Made in Chelsea star welcomed her first child, whom she shares with fiance Ryan Libber, Leo-Hunter, last month.

However, Thompson has spoken about experiencing complications during labour, revealing she spent an extended period of time in hospital.

Earlier this week, she shared a post thanking the NHS staff who “worked through the night to save [her] life”, adding: “Many of them were called in from their family homes at an unearthly hour.”

Now, Thompson has shared her first-ever photos of Leo-Hunter.

In the photos, the 31-year-old is pictured in a polka dot ensemble, holding her newborn in her arms and kissing him on the cheek.

The caption reads: “LH, you are our little miracle baby.

“You are blessed with daddy’s beautiful blue eyes and I love you to pieces.”

Thompson continued: “Despite the daily struggles, you my proudest achievement.… it is also a small miracle that I was able to roll out of bed to throw on a frock and a smudge of makeup, but it was your first Christmas and we had lots to be grateful for.”

The former reality star has previously spoken about having a difficult labour that resulted in her being admitted to the ICU, while Leo-Hunter was also admitted to the NICU.

“Whilst Leo made a fairly quick recovery, I have been recovering in hospital for a month with various serious complications,” she explained in an Instagram post.

“In all honesty I never imagined that so many bad things could happen to me, but to dance with death twice brings a whole new view of the world – a stark reminder of how short and sacred life really is.”

Brits have hardly heard of ‘levelling up’