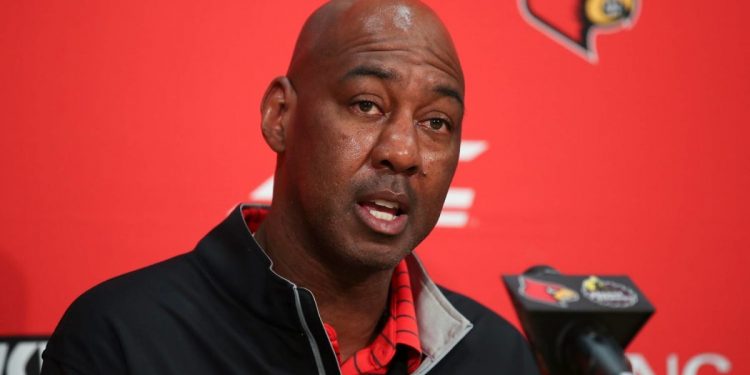 Louisville men’s basketball coach Kenny Payne continues to fill out his coaching staff, and the newest hire is a familiar face among basketball fans. The new Cardinals coach has hired Danny Manning as an associate head coach for the upcoming season, the team announced.

“Very rarely do you have an opportunity to hire a coach that encompasses all the experiences that a college basketball player goes through,” Payne said about Manning. “I’m so excited and thrilled to bring a family member, a friend and a coach who has lived a special life as both a player and a coach within the culture I’m trying to establish. Danny Manning is that and much more.”

Manning is best known for leading Kansas to a national championship as a player in 1988, while also being named the national college player of the year and the NCAA Final Four’s Most Outstanding Player that year. In his four year college career with the Jayhawks, he played in 147 games and averaged over 20 points per game in each of his last two seasons.

During the 1988 NBA draft, Manning was selected No. 1 overall by the Clippers. He has a 15-year NBA career, playing for seven different teams and making two All-Star games.

After retiring from the NBA in 2003, Manning transitioned to college coaching. He was back with Kansas for 10 years, including as an assistant coach during the team’s 2008 national championship run.

Manning spent three years as Tulsa’s head coach before Wake Forest hired him to lead their program in 2014. In six years as the Demon Deacons’ head coach, Manning led them to one NCAA tournament.

After Wake Forest let Manning go in 2020, Maryland hired him as an assistant. Manning then took over as the Terrapins’ interim head coach last year when the team parted ways with Mark Turgeon and totaled a 10–12 record.