Love Island: Indiyah Polack says she was ‘shadowbanned’ on Instagram 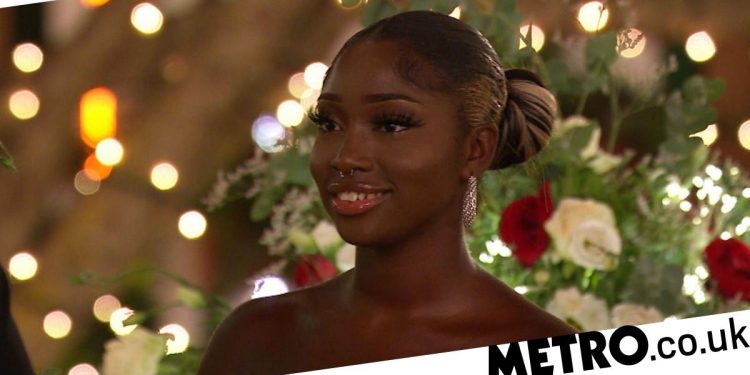 
Love Island star Indiyah Polack has claimed she was ‘shadowbanned’ on Instagram, revealing her new handle while currently boasting hundreds of thousands fewer followers than her fellow female finalists.

On Monday night, Ekin-Su Cülcüloğlu and Davide Sanclimenti were crowned the winners of the 2022 series, winning by a huge landslide by receiving almost 64% of the public vote.

Gemma Owen and Luca Bish were runners-up, while Indiyah and Dami finished in third place and Tasha Ghouri and Andrew Le Page ended up placing fourth.

Since gaining back possession of their phones, the former contestants have been excitedly interacting with their fans for the first time, while also being photographed happily reuniting with their friends and family after returning to the UK.

In a post shared on her Instagram Story, Indiyah, 23, shared an update on her new handle, writing: ‘Apparently I was shadowbanned because of my old handle! This is my new @ guys.’

While the hotel waitress’ handle used to be @1ndiyah, she can now be found at @indiyahhp.

If one tries to visit the Instagram profile previously attributed to her old handle, it now comes up with the message: ‘Sorry, this page isn’t available.’

At the time of writing, Indiyah has 596,000 followers on Instagram, far fewer than the other female Love Island stars who made it to the final despite being a fan-favourite from the start of the series.

In comparison, Tasha currently has 856,000 followers, while Gemma has 1.5million and winner Ekin-Su has 2.1m.

Meanwhile, Paige Thorne, who finished in fifth place with Adam Collard, also has over a million followers.

Indiyah’s boyfriend Dami has fewer followers than her, as he has 488,000 at present.

Andrew has 501,000, Luca 1.1m and Davide boasts 1.3m, while Adam – who had a big following before this year’s show given his previous Love Island stint – has over a million.

When contacted for comment by Metro.co.uk, Instagram pointed towards its blog where it explains the implications of ‘shadowbanning’.

It states: ‘People often accuse us of “shadowbanning” or silencing them. It’s a broad term that people use to describe many different experiences they have on Instagram.

‘We recognize that we haven’t always done enough to explain why we take down content when we do, what is recommendable and what isn’t, and how Instagram works more broadly. As a result, we understand people are inevitably going to come to their own conclusions about why something happened, and that those conclusions may leave people feeling confused or victimized.’

Instagram says that making people feel that way is ‘never their intention’ and the site is ‘working hard on improvements’ in that area, while acknowledging that sometimes mistakes can be made.

The statement continues: ‘We also hear that people consider their posts getting fewer likes or comments as a form of “shadowbanning”. We can’t promise you that you’ll consistently reach the same amount of people when you post.

The truth is most of your followers won’t see what you share, because most look at less than half of their Feed.’

However, it adds that Instagram can be ‘more transparent about why we take things down when we do, work to make fewer mistakes – and fix them quickly when we do – and better explain how our systems work’.

Love Island: The Reunion airs on Sunday at 9pm on ITV2 and ITV Hub.


MORE : Love Island stars mobbed by loved ones and fans at airport as they arrive back in UK for emotional family reunions

Say hello to your social lives once again – Love Island 2022 is over, with Ekin-Su Cülcüloğlu and Davide Sanclimenti being crowned the winners in an epic final.

If you missed it, don’t fret – here are the highlights of the end of a brilliant series:

For all the latest updates, visit Metro.co.uk‘s Love Island page.

Has anyone used CheapAssLeads.com? Going well but looking for more options. : RealEstate