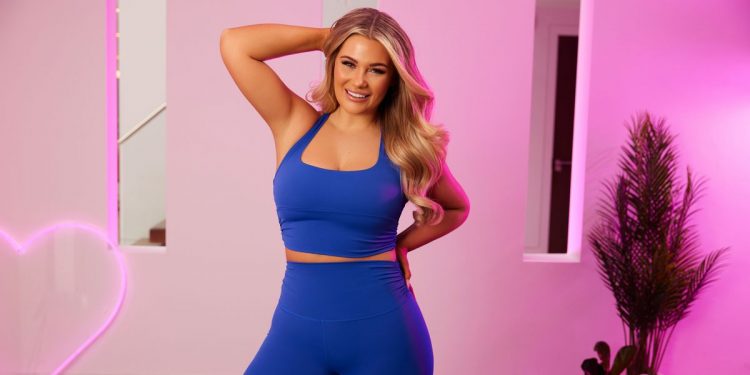 
Shaughna Phillips has recently had her lip filler removed, but she insists she’ll be having them done again, as she confessed having her lips done made her feel more confident

Love Island ‘s Shaughna Phillips said she was ‘traumatised’ as she showed off her natural pout for the first time in 8 years.

The reality star confessed having a fuller pout made her feel more confident, but she was forced to have the filler taken out when they started to develop lumps.

Shaughna explained that she’ll be having her lips plumped back up again, as removing the fillers was only a temporary measure.

“I got mine dissolved because I needed to start mine again,” she told new!

“I was put off doing it for a while because I was so hung up on the thought of not having filler, but I needed to get that out of my head,” she explained, as she quipped: “There’s more to life than having big lips.”

The reality star is happy with her natural lips
(

She confessed she’ll be going back to have fillers again

She said she appreciates her natural lips a lot more now, and will be getting filler again not because she feels pressure to conform, but because it makes her feel more confident.

“If you are going to get anything done, get it because it makes you happy, and because you want it,” she mused.

Shaughna confessed it was “weird” having her pre-filler lips back again, and said it makes her feel – and look – younger.

Shaughna was worried to look in the mirror following the procedure
(

“It was weird, but it’s all about trying to separate your happiness from your looks. I felt like I was looking at my 19-year-old face again. Nineteen year old lips I should say!” she told Heat magazine.

She said the thought of having no lip fillers after almost a decade was “traumatising”, but said there was “more going on in the world than me worrying about having big lips”.

“I was scared that I wouldn’t be able to look in the mirror, which sounds so vain,” she shared.

Shaughna explained that despite having a platform to be able to share issues that are important to her, she admitted she felt the body positivity movement was “toxic”.

“It’s trying to find a balance and just letting people know that I’m normal. I have body hang ups, like they do,” she said.

Shaughna recently shared a candid video of herself getting her lip fillers dissolved , after she told fans she wanted to practice what she preached.

“The real reason I’m sharing my lips dissolving journey is because I have been preaching about separating your happiness from your body image,” she wisely told her fans.

Rayner says it would be ‘unacceptable’ if she ‘lamped Boris Johnson’