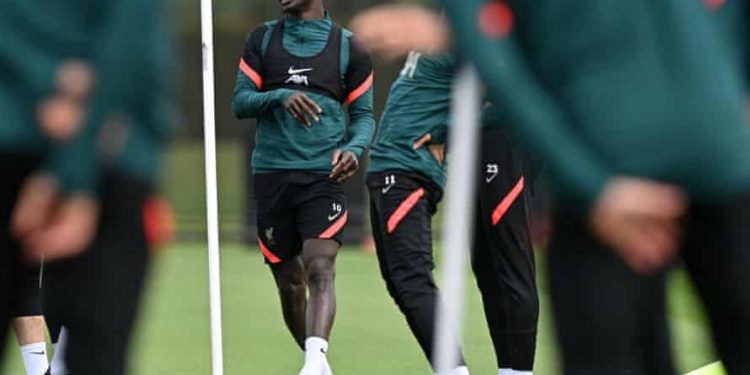 Liverpool v Real Madrid will be decided by the finest margins, so it is good news that Jürgen Klopp has one of the finest forward lines in Europe available to him. Whichever combination he picks would be top-class but I think he will select a front three of Mohamed Salah, Sadio Mané and Luis Díaz.

Salah has unfinished business after being forced off early on with a shoulder injury the last time these teams met in a Champions League final in 2018. That will be a powerful influence on a player who, after a long season, needs to find a last bit of energy in the hope of securing another trophy.

If you look at modern goalscorers such as Salah or Son Heung-min, who shared this season’s Golden Boot, they are not centre-forwards, they are wide players who come off the flanks to score. Salah is a gamechanger who can turn it on at a moment’s notice and make the difference. When I watched him in the semi-final first leg against Villarreal, he was quiet for 85 minutes but in the five minutes when they earned the 2-0 lead he was pivotal. He’s like a PlayStation player – as soon as you press the forward button, he just gets on with it.

Díaz has been really good since arriving from Porto in January. He has brought a different dynamic to the Liverpool attack and should rightly start in Paris. The Colombian has the pace and freshness that will make him a threat. At Villarreal he changed the game and he will be confident he can do likewise on Saturday. The winger has pushed Mané into a more central role where he has been highly impressive, scoring 13 goals since returning in February from the Africa Cup of Nations.

Playing against Díaz may suit Madrid more than if Liverpool used Roberto Firmino as a false 10, which would allow Mané to go back to a wide area and enable Salah to play even wider in the buildup phase. Mané and Salah could be even more effective there but I would be surprised if Klopp made a change for the final.

Liverpool may face a team who will happily sit deep and be compact, like they were against Chelsea and Manchester City at times. Liverpool will want to have Thiago Alcântara fit because he is key in midfield when it comes to finding gaps in defences. If Thiago cannot start there will be more emphasis on getting players into the wider areas. Jordan Henderson will move wider, Naby Keïta will try to break through the lines and Fabinho will be in that pocket protecting the defence.

If they sit deep Henderson will look to create overloads out wide, allowing spaces for Trent Alexander-Arnold and Salah down the right. I think Liverpool will try to work down the flanks but with Thiago they can go centrally as well. It would be a huge miss for them if he cannot play or is fit enough only for, say, 20 minutes. In this type of game, they need him.

Diogo Jota and Firmino have not let anyone down this season and could be set for a crucial role. The two forwards have the capabilities to come off the bench and make a difference. In recent times we have seen how many major matches have gone the distance, from the FA Cup final to England’s penalty shootout loss to Italy at Euro 2020. Substitutes can play a massive part: if it is 0-0 you need them to come on and open things up; if you are losing you need them to change it; and if you’re winning you need the momentum to carry on in the right way.

Liverpool’s forwards have impressed all season but their most important player is Virgil van Dijk. He is their most valuable asset. Salah, Mané and Thiago rightly get a lot of plaudits but if I were to take one player from the Liverpool team, I would take Van Dijk. He will need to be at his best because Liverpool will have to keep Karim Benzema quiet. When I watched Real Madrid at Chelsea, it was a one-man Benzema show. He is the best player I’ve seen live in 18 months.

Toni Kroos, Luka Modric and Casemiro in midfield will not want to get in a running battle because they will lose. But Madrid will hope their defensive structure will allow Rodrygo and, most likely, Vinícius Júnior to break with pace and turn Liverpool.

When I have watched Real they have really surprised me; they lure you into a false sense of security where you think they are not interested or they are not in the game but then all of a sudden they turn it on. I am not sure whether they can sense a little pressure and just change gear but it is an incredible skill to have. They are not dominant for 90 minutes but they just do it when they have to. You can never rule them out.

Liverpool will not want to miss out on the Premier League by a point and follow it up with a Champions League final defeat because that would turn a potentially great season into only a good one. Luckily for them they have players who can make the difference in Paris. It is up to them to rise to the occasion.