By Richard Marsden for the Daily Mail

LV has been accused of being ‘economical with the truth’ after its website continued to claim there are no incentives for executives from a planned sale to private equity.

Chairman Alan Cook last week told MPs on the All-Party Parliamentary Committee on Mutuals there would ‘undoubtedly’ be a ‘long-term financial incentive’ for the insurer’s chief executive Mark Hartigan if he is kept on after the deal.

But yesterday, a Frequently Asked Questions article on the LV website about the proposed takeover by US private equity firm Bain Capital still said executive directors ‘have no incentive scheme associated with this transaction’. 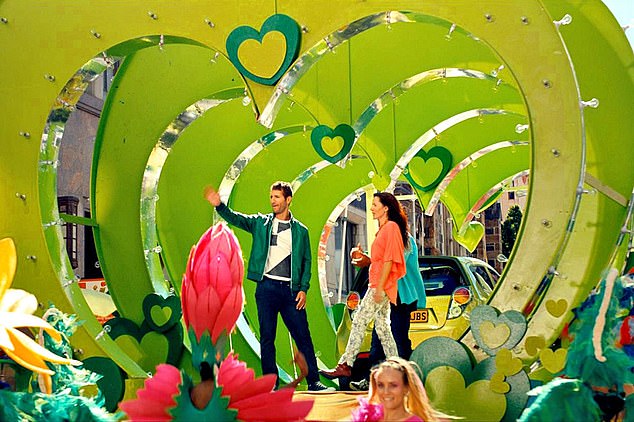 TV times: LV adverts have been a familiar sight on British television screens over recent years

It is true that no formal incentive scheme is in place but bosses are still likely to reap large rewards.

There is no mention in the FAQs about any potential benefits for Hartigan, a former Army colonel who was paid £1.2million last year but could net a substantial pay rise under private equity ownership.

MPs were also told £205,000-a-year Cook may stay as chairman under Bain’s ownership and benefit from an improved pay package.

Labour MP and former Commons public accounts committee chairman Dame Margaret Hodge yesterday said: ‘The question everybody needs to ask is why those people at the top are being somewhat economical with the truth.

‘If there is any way in which the chief executive will personally gain from this takeover, that needs to be totally transparent and everybody needs to be aware of it – whether it’s an instant gain or bonus down the line. Anything less is unacceptable behaviour.’

Gareth Thomas, chairman of the APPG on Mutuals, said it was ‘shocking’ LV’s management were ‘not being straight’ with members who will vote on the deal.

He said: ‘Under pressure, Alan Cook finally admitted on Friday that he and the chief executive of LV [Hartigan] will benefit hugely. Pretending otherwise to force through the sale and keep lining their own pockets means the leadership are again playing fast and loose with their own members.’

An LV spokesman said last night that the website was correct as future pay for Hartigan and Cook was ‘hypothetical’.

Hartigan, 58, joined LV in January 2020 and soon hired advisers to find a buyer for Britain’s second-biggest mutual, which dates back to 1843 and was known as Liverpool Victoria. 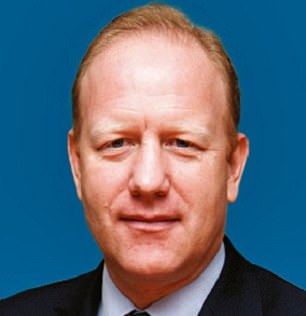 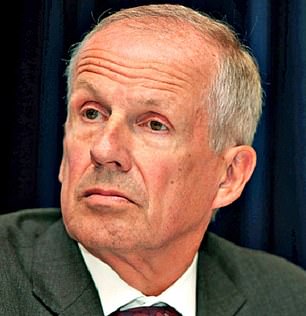 He was at Zurich Insurance Group for more than a decade, where he held roles including being head of operations for Europe, Middle East and Africa. Before entering finance, he was commander of First Battalion Royal Irish Regiment, leading a deployment in Iraq in 2005.

His predecessor as commanding officer, Colonel Tim Collins said: ‘He was a really nice, well-spoken, public school-educated English bloke. He disappeared into finance in his early 40s and probably realised he had a talent.’

Hartigan lives in a £1.4million home near Bath and has been active in the community, running a bar at a fundraising event organised by his wife for their village’s 14th century church.

Cook, 67, who was made a CBE in 2006, has held a variety of roles and is known by supporters as ‘Mr Fixit’, who rids organisations of inefficiencies.

As managing director of the Post Office between 2006 and 2010, he oversaw the continued prosecution of sub-postmasters accused of theft.

Thirty-nine were found guilty, but it was later revealed there had been a fault with the Post Office’s Horizon computer accounting system, leading to a judge overturning the verdicts and describing the saga as one of the greatest miscarriages of justice.

Between 2011 and 2014 Cook was non-executive chairman of roads body the Highways Agency – now known as National Highways – when large-scale expansion of killer smart motorways was taking place.

In a report from 2011, Cook described creating the roads, where the hard-shoulder becomes a permanent live lane and which have been criticised after a spate of deaths, as ‘sweating the asset’.

LV insisted the proposed £530million sale to Bain would preserve jobs and ensure it delivered growth for its members’ investments.

A spokesman said: ‘There have been no firm decisions regarding the role of the chief executive or the terms of any contract until the outcome of the transaction.

‘Given the opportunity and long-term future for LV under Bain Capital’s ownership, the present chief executive would like to be included in the exciting journey ahead.’

Make your voice heard on LV

We are encouraging LV members, customers, or others, who would like to see it retain its mutual status, rather than be bought out by private equity,  to write to it.

You could use the wording from the letter printed in the Daily Mail newspaper’s City pages (pictured here).

We have included the words for you to copy and paste into a letter below.

I, the undersigned, urge you to reconsider your decision to sell LV= to Bain Capital and instead maintain its mutual status.

Eternals is something entirely new for Marvel

Eternals is something entirely new for Marvel