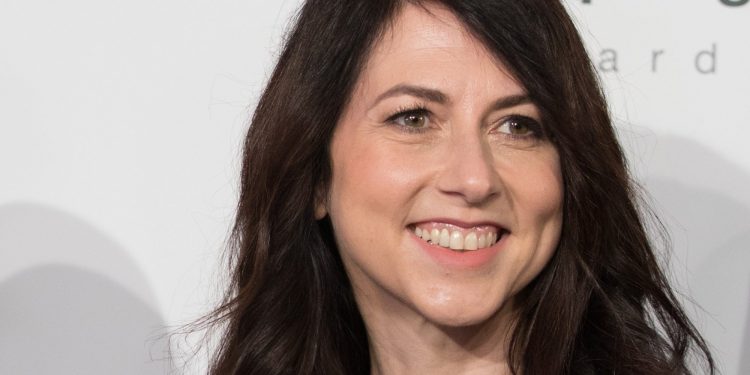 
MacKenzie Scott, who was formerly married to to Jeff Bezos, has long been a philanthropist.

In 2019, Scott pledged to donate the majority of her wealth to philanthropic efforts via the Giving Pledge, an initiative that many of the world’s billionaires have signed on to in agreement to donating the majority of their wealth to charity by the end of their lifetimes or via their wills.

On Tuesday, it was revealed that Scott has donated $436 million to Habitat for Humanity, marking the largest of her donations (that have been disclosed) to date since she signed the pledge.

According to the Associate PressHabitat for Humanity International received $25 million from Scott and her partner, Dan Jewett, while the other $411 million was donated amongst 84 of the organization’s national affiliates.

Related: MacKenzie Scott Gave Away More Than $4 Billion Over the Last 4 Months

“We could not be more excited to get the gift at a time when, in some ways, the state of housing affordability is the worst that it has been in modern times,” CEO of Habitat for Humanity International, Jonathan Reckford, said in a company statement.

Habitat for Humanity International’s global diversity, equity & inclusion officer, Natosha Reid Rice, called Scott’s donation a “wonderful surprise” and explained that her team had been hoping that they would be able to get Scott’s attention to have her donate to the organization.

“We have a great opportunity to continue to shape a narrative that’s inclusive, that’s diverse, that promotes equity,” Rice said in a statement. “And it’s not just the equitable access, because that then allows those families to build equity for generations to come. And that’s a very exciting opportunity for us as an organization.”

Back in December, Scott penned a letter explaining that she would no longer publicly announce or disclose hw much money she was donating and where it was going but gave permission to the charities and organizations that she donate to to do so if they so pleased.

Related: MacKenzie Scott Has Given Away Billions and Just Made a Record-Breaking Donation

“How much or how little money changes hands doesn’t make it philanthropy. Intention and effort make it philanthropy. If we acknowledge what it all has in common, there will be more of it,” Scott wrote at the time. “I’m not including here any amounts of money I’ve donated since my prior posts. I want to let each of these incredible teams speak for themselves first if they choose to, with the hope that when they do, media focuses on their contributions instead of mine.”

Earlier this week, The Fortune Society (a non-profit that helps formerly incarcerated readjust to life out of prison) announced that Scott had donated $10 million to their organization, while in February it was shared that she donated $133.5 million to education non-profit Communities In Schools.

According to ForbesScott is worth an estimated estimates Scott has a current net worth of $49.3 billion.