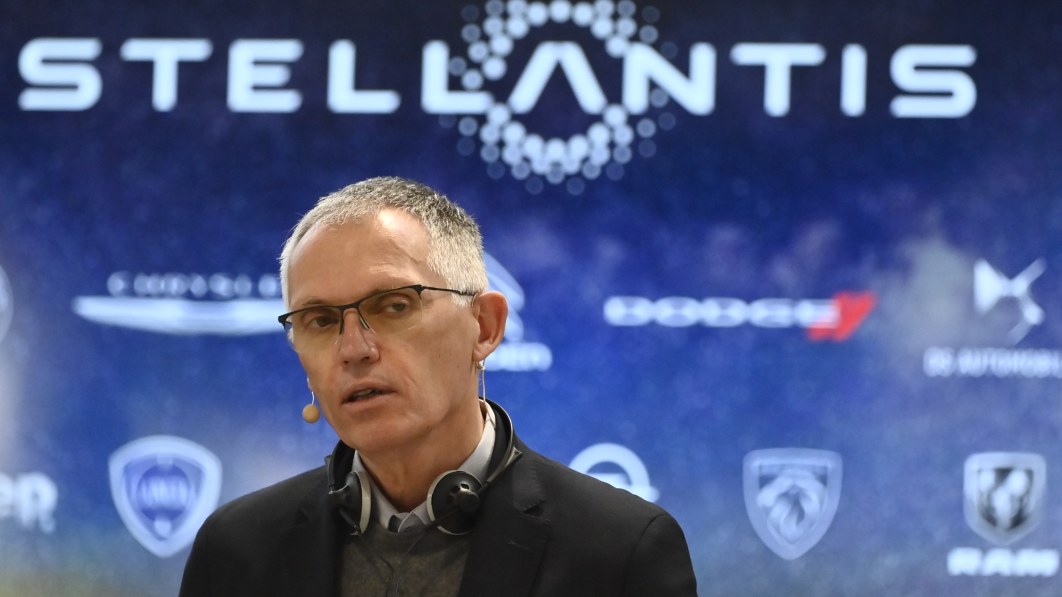 PARIS — French President Emmanuel Macron and his far-right challenger in the French presidential vote, Marine Le Pen, on Friday both decried as “shocking” the multimillion euro payout to the CEO of carmaker Stellantis.

Stellantis CEO Carlos Tavares’ remuneration package of 19.15 million euros just a year after the company was formed became an issue as Macron and Le Pen campaigned ahead of the April 24 runoff vote. Polls show purchasing power and inflation are a top voter concern.

Stellantis was formed last year through the merger of PSA Peugeot and Fiat Chrysler Automobiles.

Centrist President Emmanuel Macron, perceived by many voters as being too pro-business, called the pay package “astronomical” and pushed for a Europe-wide effort to set ceilings on “abusive” executive pay.

“People can’t have problems with purchasing power, difficulties, the anguish they’re living with, and see these sums. Otherwise, society will explode.”

Far-right leader Marine Le Pen, who enjoys support from many working-class voters, called for bringing in more workers as shareholders.

“Of course it’s shocking, and it’s even more shocking when it is the CEOs who have pushed their society into difficulty,” she said Friday on BFM television.

“One of the ways to diminish this pay, which is often out of proportion with economic life, is perhaps to allow workers in as shareholders.”

Stellantis continued to back the package despite a 52.1% to 47.9% vote rejecting it at an annual shareholders’ meeting chaired from the Netherlands, where the company is legally based, on Wednesday. The company, citing Dutch civil code, noted that the vote is advisory and not binding.

The company later said in a statement that it took note of the vote, and will explain in an upcoming 2022 remuneration report “how this vote has been taken into account.”

In the 2021 report, the company identified peer group companies that it used as a salary benchmark, including U.S. companies like Boeing, Exxon Mobile, General Electric as well as carmakers Ford and General Motors.

The French government is the third-largest shareholder in Stellantis, with a 6.15% stake through the Bpifrance Participations S.A. French public investment bank.

New climate legislation could create 9 million jobs. Will students be ready to fill them?

New climate legislation could create 9 million jobs. Will students be ready to fill them?