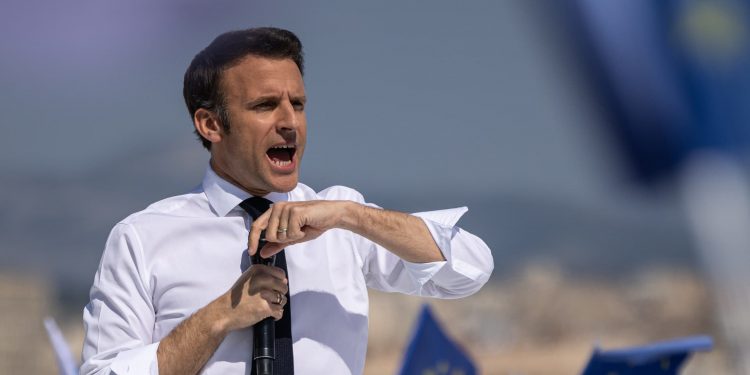 If Macron’s win is confirmed then he’ll likely continue his reformist agenda.

Centrist Macron of the La République En Marche party looks set to gain around 58% in the second and final round of voting, according to a flurry of exit polls and projections, with Marine Le Pen of the nationalist and far-right National Rally party on 42%.

Immediately after the projections, Le Pen spoke to her supporters in Paris and accepted defeat. She said her result was a “victory” for her political movement and pointed to parliamentary elections which take place in June.

“The French showed this evening a desire for a strong counterweight against Emmanuel Macron, for an opposition that will continue to defend and protect them,” she said, according to a Reuters translation.

Despite the predicted victory for Macron, the margin represents a smaller gap between the two candidates in comparison with the 2017 election, when Macron won with 66.1% of the vote.

The 2022 campaign was set against the backdrop of Russia’s invasion of Ukraine, a cost of living crisis in France, a surge in support for the far-left among younger generations and suggestions of widespread voter apathy. Turnout on Sunday was 2 percentage points lower than the 2017 election, according to the Interior Ministry.

At the start of the campaign trail, 44-year-old Macron benefitted from his attitude and diplomatic efforts toward the Russia-Ukraine war. But that support dissipated in the days prior to the first round of voting on Apr. 10, as French citizens focused heavily on domestic affairs and soaring inflation.

Marine Le Pen — who has now run for France’s presidency three times — chose to distance herself from her previous rhetoric on the European Union and euro integration and instead concentrate on the economic struggles of French voters.

Nonetheless, as the second round of voting approached, scrutiny over the two individuals and their policies intensified. In a two-hour TV debate Wednesday, Macron called out Le Pen’s previous ties with Russia and President Vladimir Putin, accusing her of being dependent on Moscow.

If Macron’s win is confirmed then it would make him the first French president in two decades to win a second term. He’ll look to continue his reformist agenda, recently promising to help France reach full employment and change the country’s retirement age from 62 to 65.

“In the short term, the main logical beneficiary of this election could be the euro, which was still flirting last Friday with two-year lows against the dollar,” he said in a flash research note after the projections.

“The negative aspect for the markets of this rather comfortable election could however come from a quick decision in favour of a Russian oil embargo which would exacerbate inflationary pressures and economic slowdown (stagflation scenario) in Europe,” he added.

Holger Schmieding, chief economist at Berenberg, said the result was “among the best news for Europe since the European Central Bank stopped the euro crisis almost 10 years ago in July 2012.”

“As a second term for Macron has been widely expected, the result may not move markets much,” he said in a research note, adding that France will now “most likely remain an engine of growth and progress in Europe for the next five years.”