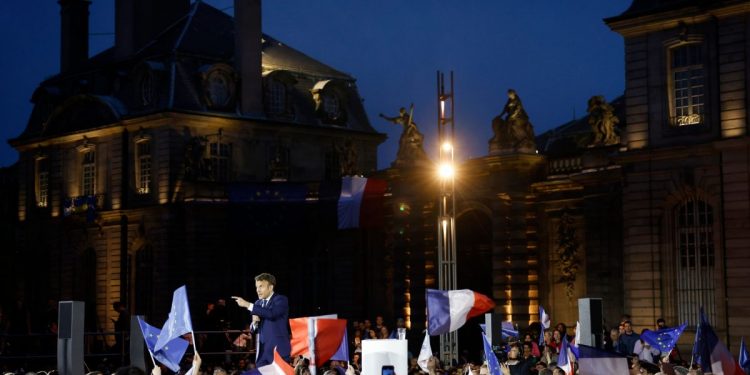 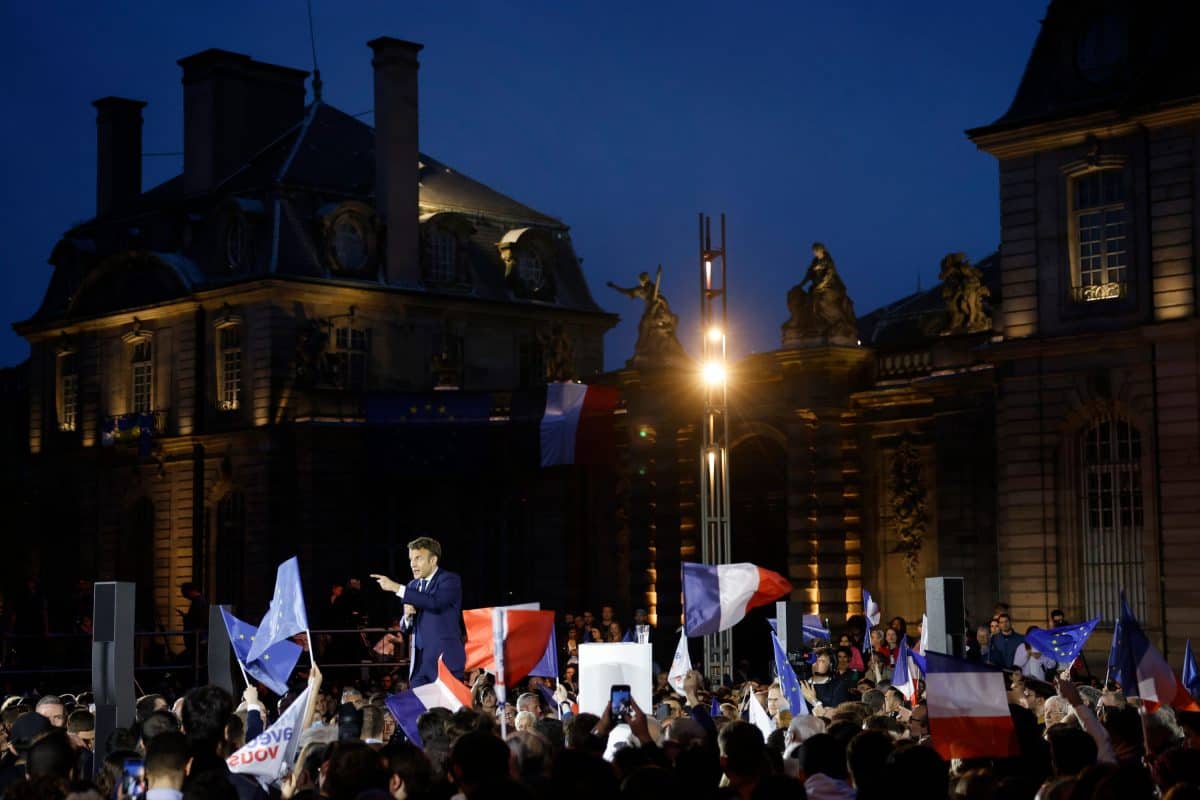 Emmanuel Macron has framed his presidential battle with Marine Le Pen as a “referendum on Europe”, warning that a vote for his Eurosceptic rival is a vote for a de facto Frexit.

“Europe is what protects us from crises and war,” he said.

“The far-Right’s project is a project to leave the Council of Europe.

“To leave the Council of Europe is to leave the European Union because it is (the EU’s) constitution, its founding principle.”

He ended the speech to the Marseillaise followed by the European anthem, Beethoven’s Ode to Joy.

Le Pen has said she has no intention of leaving the EU but wanted to “change its structure” and give French law precedence over EU legislation.

“She explains she won’t pay the bill for the club and she’ll change the rules but all alone. Some people tried that and they ran into problems,” he added, in a nod to David Cameron’s attempts to win reform and avoid Brexit but failing on both counts.

“That means she will leave but she doesn’t dare say so,” he said.

“If she wants to do an alliance with Hungary and Poland it will be a curious club. I don’t think it will be a club that is good for France, for Europe or for Strasbourg, home of the European Parliament,” he said.

On Tuesday, Macron was asked hard questions during a visit to the eastern city of Mulhouse.

“Why didn’t you help the poorest?”

“How can you propose to push back the retirement age from 62 to 65 when so many people are jobless?”

The 44-year-old leader appeared determined to explain his policies at length – but sometimes grew impatient when people kept contradicting him.

‘Voice of the people’

Le Pen, on the other hand, has campaigned as the French ‘voice of the people’ in what has been a busy run-up to the election for her.

“During my mandate, I count on consulting the only expert that Emmanuel Macron never consulted – the people,” she said.

Le Pen is advocating for new laws in referendums proposed by citizens, with conditions such as 500,000 signatures backing the proposal.

Such a system was demanded two years ago by the sometimes violent yellow vest movement for social and economic justice that challenged Mr Macron’s government as being too business-friendly.

What could go wrong with Biden’s booming economy? Here are the big risks.