Macron sparks debate, on two fronts, by saying he wants to ‘piss off’ the unvaccinated 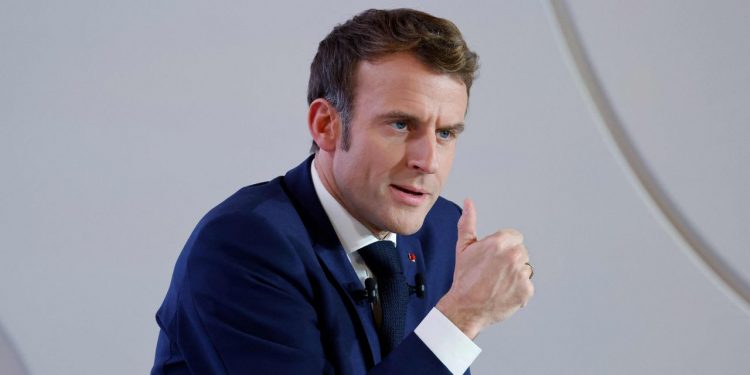 
Emmanuel Macron is not mincing words with his coronavirus strategy.

“Now the unvaccinated, I really want to piss them off,” the French president said, according to translations of an interview he gave to the Le Parisien newspaper. “And so, we’re going to keep doing it, until the end. This is the strategy.”

From the middle of January, France will only let the fully vaccinated continued access to restaurants, cinemas, museums and sports arenas, with a pass needed on long-distance trains and domestic flights. The U.K., by contrast, allows coronavirus testing as a substitute for vaccination for attending major events, and has no pass requirement for restaurants and other smaller venues.

The comment triggered a big reaction, on two accounts — the second-class treatment afforded those who do not get vaccinated, as well as some debate over the correct English translation.

The French word Macron employed was “emmerder.” An editor at Politico Europe, Marion Solletty, said over Twitter that the publication did use “piss off” but added “not entirely satisfactory.” Aslak Berg, senior economic officer at the European Free Trade Association, said “annoy” would be a too polite translation. Dave Clark, news editor in Brussels for AFP, said “I want to bloody annoy them” gets the level of rude without it being a direct translation.

Macron’s political opponents took issue with his remarks. From Macron’s left, Jean-Luc Mélenchon said, “It is clear, the vaccination pass is a collective punishment against individual freedom.” From Macron’s right, Marine Le Pen called it a “vulgarity” and said the comments prove Macron never considered himself the president of all the French people.

According to the European Centre for Disease Prevention and Control, 73% of the French population have had at least one vaccination dose.

Batman star ‘just could not’ do one more movie | Films | Entertainment

Batman star 'just could not' do one more movie | Films | Entertainment

Biden to sign bill for $40B in Ukraine aid while in Asia; fighting remains intense: Live updates – USA TODAY

We are awash in guns: Police superintendent addresses mass shooting on Near North Side and promises more police officers at longstanding problem corner – Chicago Tribune