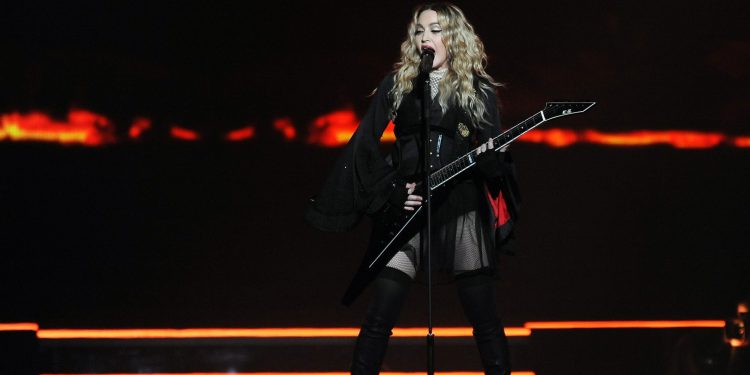 It’s happening: little by little celebrities begin to populate the metaverse. Captivated by this new virtual space in which interaction with fans is possible, singers, political movie stars and influencers embrace and explore virtuality. The most recent to do so is Madonna who through her Twitter account announced that she had acquired an NFT from the already legendary Bored Ape Yacht Club collection: “I finally entered the metaverse… my own ape!” . In the post, she thanked MoonPay, a platform for cryptocurrency transactions that the artist surely used to acquire the piece.

The artist changed the image of her profile for that of the ape that cost her 180 ETH, the equivalent of $571,206 dollars in the OpenSea digital market. With the transaction made on March 14, Madonna joins a group of artists who have acquired apes from the collection, including Jimmy Fallon, Paris Hilton, Neymar, Snoop Dogg, Steve Aoki, Eminem and Marshmellow, among many others. others.

Madonna’s ape is #4988 and features an ape with pink fur, wearing a black leather cap and a quirky T-shirt with the pattern of blue eyes on a pink background. Very to this for the “material girl”.

I finally entered the MetaVerse…,……….. My very own Ape! Thanks @moonpay We all need protection from Evil Eye. pic.twitter.com/We5p9iy4hS

WHAT IS BORED APE YACHT CLUB?

Made up of 10,000 unique pieces that exist on the Ethereum blockchain, NFT’s Bored Ape Yacht Club collection is one of the most famous in the world. It was created by Yuga Labs and put up for sale on April 23, 2021. The owners of the NFT’s have access to an online club and private events in the real world, in addition to owning the image rights of the digital token. Universal Music recently announced the acquisition of several apes to form Kingship , a virtual rock band that could soon play its first concerts in the metaverse.

HOW DO NFT’S ACQUIRE THEIR VALUE?

Although it can be complex to understand, the key and value of NFTs lies in the digital certificates that allow the authenticity of a work to be proven . The sales of these digital assets are recorded in block chains or blockchains that contain information about the ownership of the piece and the history of prices and transactions linked to them. What characterizes the NFT’s is that they are unique, indivisible, transferable and it can also be shown that they are scarce. To create an NFT it is necessary to “mint” it, that is, convert it into a digital asset on the blockchain which can be done in some NFT Marketplace OpenSea , Nifty Gateway and Rarible .